ALBUQUERQUE, N.M. – The Bernalillo County Fire Department honored the hundreds of firefighters who died on 9/11 on Saturday with a haunting display in front of their downtown building.

Out on the sidewalk 343 sets of fire gear were on display, along with a list of 343 names, lasting for 343 minutes of silence.

“This is very symbolic of all the service that went on that day and it is something that brought the country together,” said Bernalillo County Sheriff Manny Gonzales.

The 9/11 memorial, hosted by the Bernalillo County Fire Department is now bringing others together.

“It’s incredibly haunting to think what it would be like if it was ever a time when I lost one of my brothers and sisters in a fire and it just stops me in my tracks,” said Janessa Ruiz, Bernalillo County Fire production coordinator.

Folks looked on in a somber silence as officers stood guard, but every once in a while the silence was broken by the tolling of a bell.

“It’s an opportunity to recognize the heavy sacrifices that everybody made because there were so many lives lost not only in the towers but also the first responders who were running to those dangers while a lot were running away from those dangers,” said Gonzales.

“We get to know each other very very well, it’s really hard to stare at this display and not understand that on 9/11 there were 343 firefighters that were not able to go home with their families or see their brothers or sisters ever again, it tears me apart,” Ruiz said. 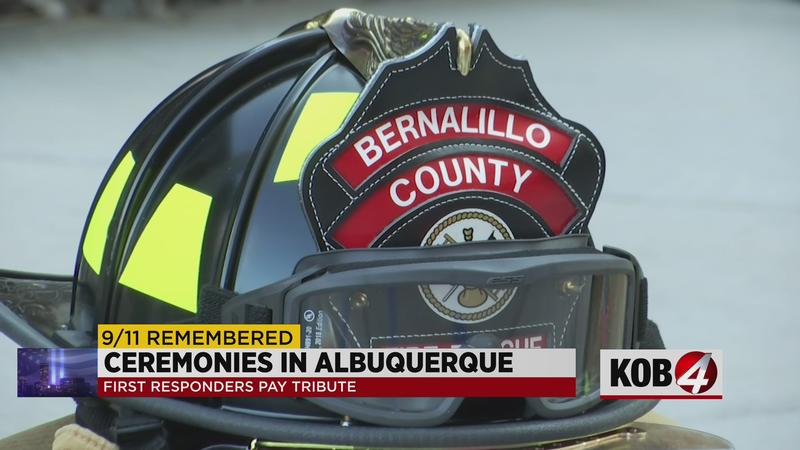