Storms are welcomed news in the four corners, but will it make any impact on the ongoing drought?

"Well we’ve got increasing moisture as well as a week storm system moving through Utah and that little storm system will help trigger numerous showers and thunderstorms which will create heavy rainfall likely across much of Northwest New Mexico,” said Andrew Church, Meteorologist for the National Weather Service.

The rain would be some much-needed relief for the ongoing drought in the four corners area.

"The long-term drought and getting out of drought completely it’s going to take not only rainfall during the summer warm season but also snowpack in the mountain areas as well during the winter season,” said Church. 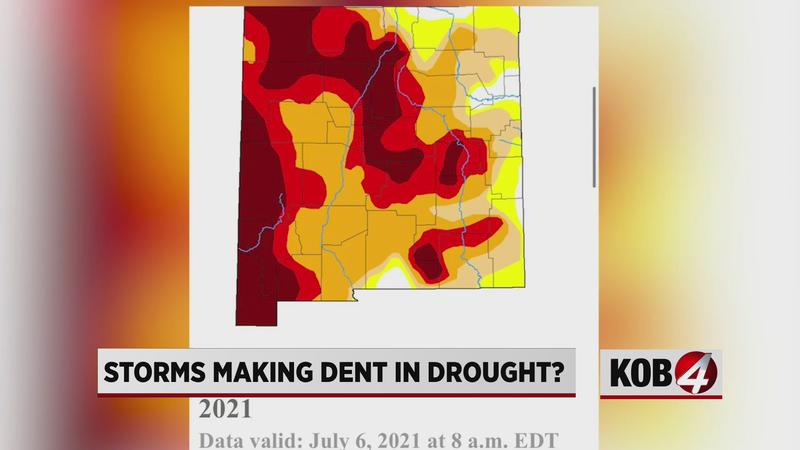 A flash flood watch is in effect in this area until tomorrow morning.