ALBUQUERQUE, N.M.- Capacity limits and restrictions weren’t the only obstacles two businesses on the West Side faced.

Flix Brewhouse has been waiting on nearly $5 million of federal grant money since April.

“There have literally been thousands of email inquiries, calls, Facebook posts, tweets and everything else that you can think, wanting to know when we are opening," said Mathew Baizer Chief Operating Officer of Flix Brewhouse.

Baizer said that funding is supposed to go to the most impacted businesses, and movie theaters were shut down for nearly the entire pandemic.

"Thus far the grant has done exactly the opposite, it’s made sure that we are one of the hardest hit businesses and will remain that way until the funds come through," he said. 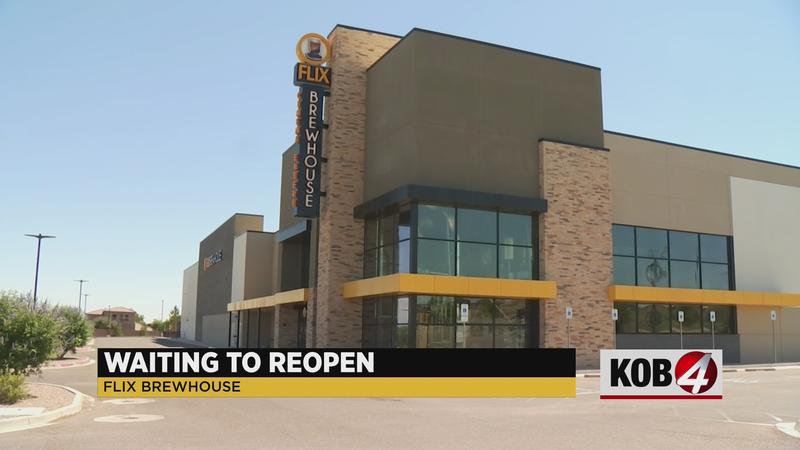 While Flix Brewhouse waits on the grant before reopening, Salt Yard West is ready to usher in a new era.

“We’ve added a lot more games we are really focusing on the come sit stay play the family environment for everybody. We expanded a little bit added another patio we can do events," said owner Carri Phillis.

Phillis said she didn’t receive grant money for her entertainment venue, but she made it happen.

“I want it to be a destination location, want people to feel comfortable coming here, hanging out. We might do a live band might have a DJ in the area but when it comes to the main yard that’s the yard that’s where you play," she said.

Flix Brewhouse has reached out to state reps hoping to get word from the small business administration; they hope to open before the end of summer.