Jeff Essary is a part of the Floyd School Board that was suspended and says the NMPED doesn’t understand what a small district like Floyd really needs.

"You know the PED is not thinking this through, and they’ve taken my district hostage which I have been a school board member for over 16 years," said Essary.

Just an hour away, in Roswell, school board meetings have been very different.

“It highlighted a, you know, a good peaceful discourse a little bit and gave everybody a chance to come in and speak their mind," said Brian Luck, the Roswell Independent School District superintendent.

The discourse includes a resolution to write a letter to the NMPED expressing the need for local control in school districts.

The superintendent said even though they also don’t agree with the policies, Roswell residents there can agree they’d rather have kids back in a classroom.

"The general consensus seems to be back in person and that was the one of that group that came in was I want to be back I can make due with this for now, but it’s more important for a lot of people that they’re back in the classroom than the other," Luck said. 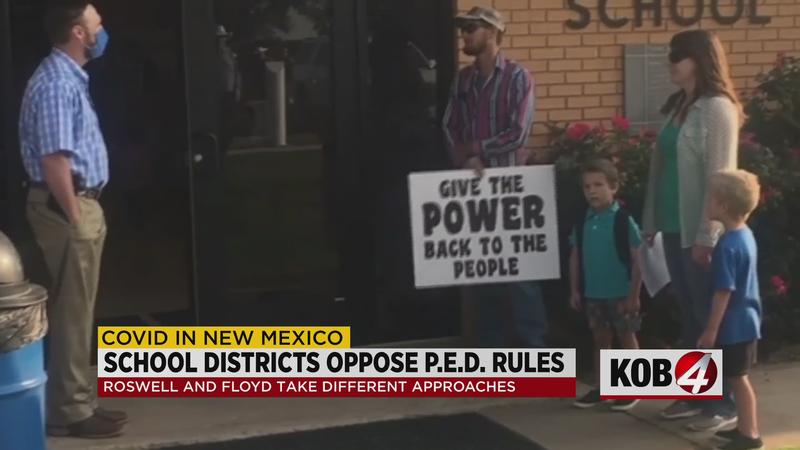