The high school teams and fans from Sandia and Manzano had to abruptly evacuate Wilson stadium Thursday night, after what APD called a "credible shooting threat."

KOB 4 asked the department Saturday for an update — on details of the threat, and any arrests, they referred us to the school district, and an APS spokesperson has not gotten back to us.

Sandia’s head coach Chad Adcox said nothing like this has ever happened in his 10 years of coaching.

"I was very disappointed that you know this is part of society at the moment where we have to deal with a gun violence issue and we’re not able to play,” said Adcox.

Parents, fans the and media weren’t allowed in the stadium for the game Saturday morning, out of caution. KOB 4’s cameras caught a few parents from Manzano High School standing on the roofs of their cars, trying to watch over the stadium fence.

"It was not fun, you know that’s a fun game. I mean we’re two cross-town rivals and I think that’s a game that needs to be played in front of the fans and I, like I said earlier, breaks my heart for these seniors who deserve to have fans. It was definitely an interesting way to play a game– I’ve never done that either,” Adcox said. 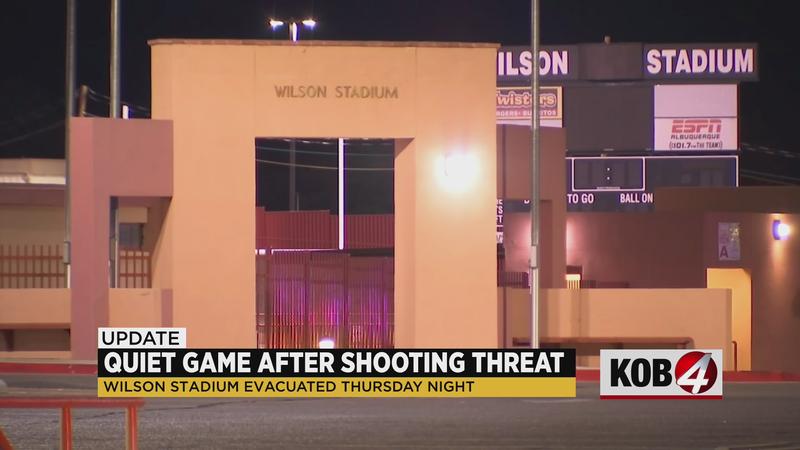