ALBUQUERQUE, N.M. — A former APD employee is in serious trouble after she was accused of altering her time card to get paid for hours she never worked.

Paulette Diaz was the executive assistant to APD Chief Mike Geier until Spring 2020. Only now are we learning of an internal affairs report that found while she was in the Chief’s Office, investigators believe she fraudulently used former Chief of Staff John Ross’s login information to alter her time card.

In a memo to Chief Harold Medina, an internal affairs investigator wrote, "Electronic records prove she did this 179 times, which clearly shows this was a pattern and practice for her. Ross advised in his interviews that he never gave permission or authorization to make these changes and grant these approvals despite Ms. Diaz claiming otherwise."

It’s unclear what the dollar amount is that APD believes Diaz overpaid herself. The internal affairs team recommended terminating Diaz, however she left the city before the investigation was completed.

In spring 2020, the APD Chief’s Office was in complete chaos. Then Chief of Staff John Ross was accused of using department funds to buy himself an Apple TV and other items, Diaz accused Ross of assaulting her. 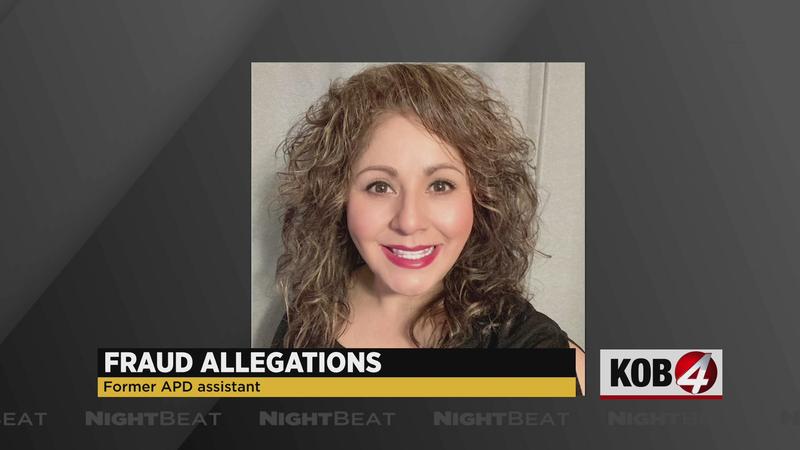 The Mayor’s Office sent Diaz to work in a different department and eventually fired Chief Mike Geier and Chief of Staff Ross.

A spokesman for APD told KOB 4 that the entire internal affairs investigation into Paulette Diaz file will be sent to the Attorney General’s Office and the State Auditor’s Office for review.

KOB 4 reached out to the office of the attorney representing Paulette Diaz, but they did not return that call.