McCamley said multiple threats led him to try to leave quietly. He is also choosing to move out of state because of concern for his family’s safety.

"Starting with the pandemic, threats made to the department by phone were pretty common," McCamley tweeted. "People would show up at the office and try to start fights with security guards."

The former secretary shared examples of violence – including broken windows and a photo of a state car that was destroyed at the department’s Las Cruces office. He said a fire bomb was used and the explosion was so hot that it melted the car’s engine block.

In March, McCamley became aware of a man who blamed him for his wife’s unemployment issues and had called one of the department’s offices to ask where McCamley lived. In the next month, McCamley received a letter from an unemployment claimant – delivered to his home address. 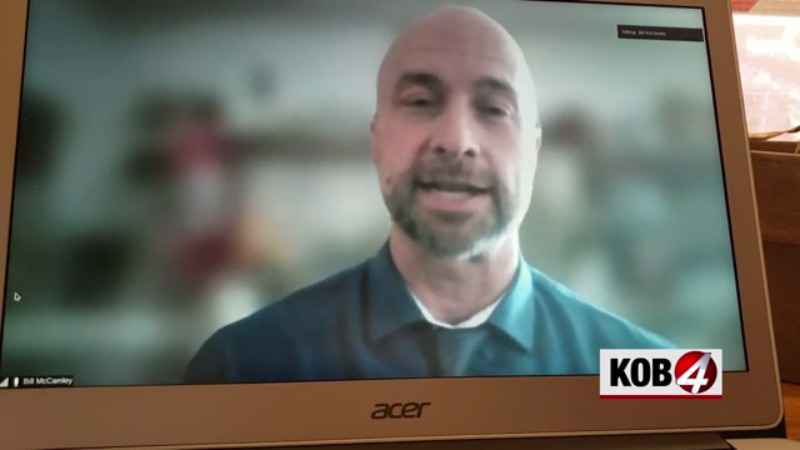 McCamley said it wasn’t threatening, but he realized it was "only a matter of time" before more of his personal information was shared on social media and could get into the wrong hands.

"After considering the situation for the weekend, I let the governor’s office know the next Monday of my decision to resign," he said. "That was only strengthened when five days later a letter appeared at my mother’s address."

McCamley said he is proud of the work accomplished by the department and that Gov. Michelle Lujan Grisham and her team "have been nothing but supportive, classy, and understanding."

He also acknowledged that he understands the pain, frustration and anger experienced by so many over the course of the pandemic.

McCamley’s disclosure about the threats comes one day after a new report revealed New Mexico has overpaid between $100 million and $250 million dollars in unemployment benefits.

The governor has immense sympathy for former Secretary McCamley and it is sad but true to say that the entire state administration knows what he’s talking about. Hate speech, threats, personal attacks – unfortunately McCamley was not alone in being on the receiving end of these, day after day and week after week and month after month, though he in his specific role did shoulder a burdensome and undoubtedly traumatic amount of it. The governor has said many times that if constituents have a problem they should bring it – and their anger, if they have it, or whatever they are feeling they need to take out on someone – to her, to be angry with her, not to take it out on her staff or her secretaries; the governor feels very strongly that that is part of her job and she is willing to take it, but she is not willing to accept ugly attacks against the public servants in her employ who have chosen to give their time and their livelihoods to the people of this state. What McCamley described is a serious issue right now in this country – and we all have a role to play in fighting the misinformation and false equivalence fueling anger and threats of violence against anyone, not just public officials.

Until April, I was the NM Secretary of the Dept of Workforce Solutions (the agency in charge of Unemployment). I tried to leave quietly, but as my name has been used since for various reasons I felt it was important to be public about the reason for my departure. *thread*

Windows were broken. The most tangible evidence of violence occurred with an actual terrorist incident: a fire bomb was used to destroy a state car in our Las Cruces office. A picture is included, and as you can see the explosion was so hot that it melted the engine block. (3) pic.twitter.com/ZKQ6APFKL7