Founder of wolf rescue nominated for Pay it 4ward: ‘It’s all for the pack’

ALBUQUERQUE, N.M. – This week’s Pay it 4ward has really gone to the dogs — a wolf rescue just outside Albuquerque where a volunteer wanted to give back to a woman who has given so much to her pack.

Eugene Firsich has volunteered at Wanagi Wolf Rescue Fund and Rescue for years and now he wants to show founder, Stephanie Kaylan, just how much he appreciates the work she does.

“Stephanie has opened up her house and heart to dogs that would have been killed just because they got wolf blood in them,” said Firsich. “She’s doing this out of her own pocket, for the most part, she needs the money to keep the animals going, to keep the animals fed and cared for.”

Kaylan had no idea what was coming.

“Don’t make me start crying that’s so sweet of you that just means a lot cause I try to educate, and I try to save lives and it’s just one of those things where someone like Eugene would nominate me for that, well here come the tears, I just appreciate that so much thank you,” she said.

Kaylan said the money will be for the pack that she has brought together from across the country.

“Oh god bless you, thank you so much, it’s for the pack.” 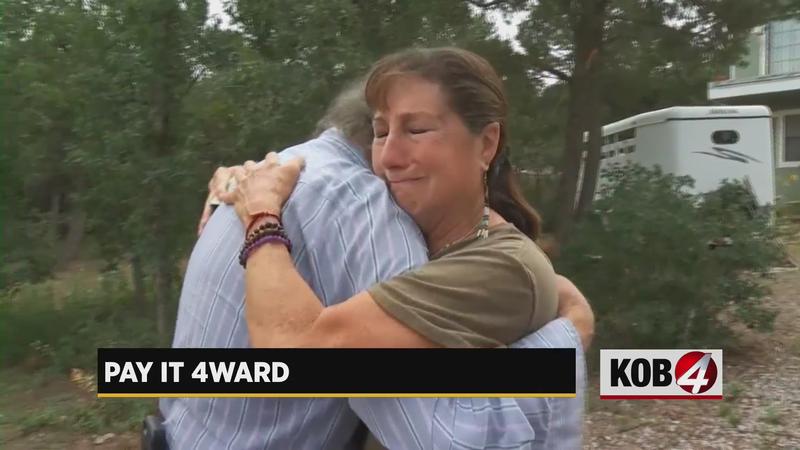