RUIDOSO, N.M. – Four of the five Republicans running for New Mexico governor will be on the party’s 2022 primary ballot.

Results released by the party indicate Block led the pack in support. Candidates were required to get at least 20% of the delegate vote in order to qualify for the ballot. Those who did not meet that threshold can still make the primary ballot by collecting additional signatures.

The results for the Republican candidates for governor were:

Former meteorologist Mark Ronchetti, who was the party’s 2018 U.S. Senate nominee, received 110 votes, falling short of the 20% threshold. However, because he has 7,000 petition signatures, far more than needed, he will also be on the ballot.

Ethel Maharg, the former Mayor of the village of Cuba, got 29 votes. Unless her campaign can get more signatures, she will not advance to the primaries.

Results came in late after a malfunction of the party’s email voting system forced delegates to vote by paper ballot, prompting some delegates to leave in frustration and forgo voting altogether.

In the race for Lieutenant governor, Anthony Thornton was the only contender to get on the primary ballot. He received 59% of the vote.

Johnson, who was the party’s nominee for the seat in 2020, will move onto the primary.

U.S. Rep. Yvette Herrell of New Mexico’s 2nd congressional district, the only Republican in the state’s congressional delegation, was unopposed in the primary.

Also, unopposed in their respective races, are the following candidates: 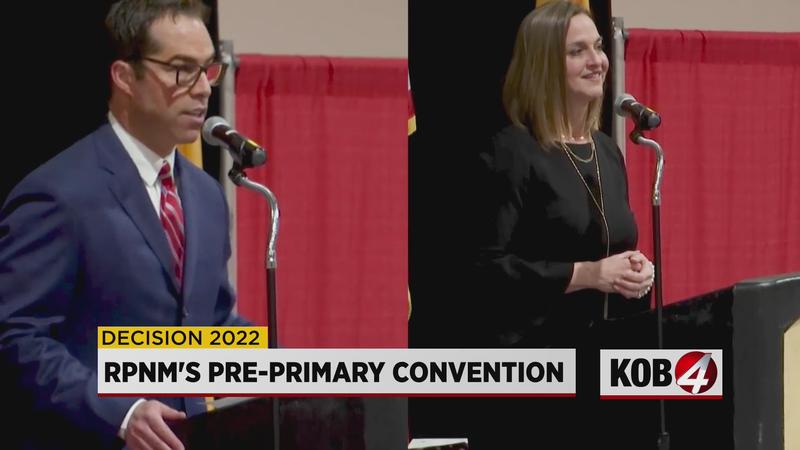