ALBUQUERQUE, N.M. — It’s been months since a mother was begging for answers about her son’s murder in Albuquerque.

Investigators believe this young man was in the wrong place at the wrong time. Court documents seem to confirm a case of mistaken identity. Robbins’ mother said he was in town visiting when his life was taken.

Surveillance video from July 10 is leading Albuquerque detectives to not one, but four suspects. The documents name Asad Moody, Darryus Chavez, and Jonathan Martinez as taking part in that shooting. Another warrant alleges Isney Lafirme helped plan it.

According to documents, those suspects went out – armed – searching for a guy who had beat up Moody downtown days prior. Through social media, the suspects identified the guy who beat up Moody: "Just look for dreads. Knock his dreads off." 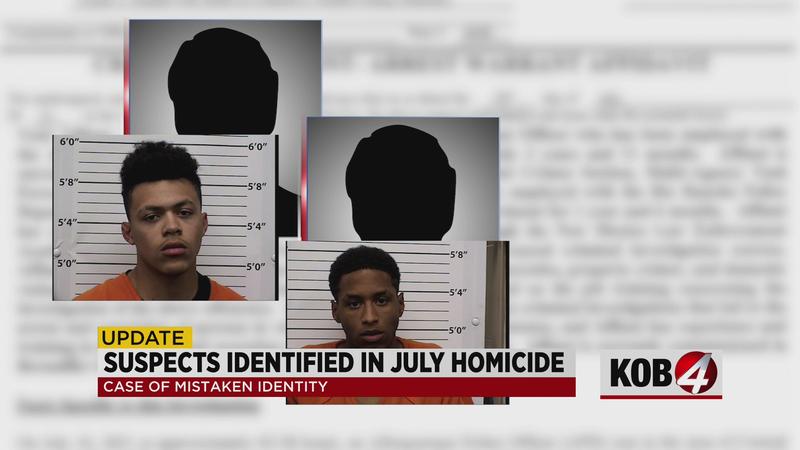 The documents said that on that same night, Robbins met up with a few friends, and one of his friends matched that description.

The suspect car was seen circling the young men. Investigators believe shots were fired when they thought they found who they were looking for.

However, investigators said that there appears to be no connection between those groups.

"It’s a phone call that I’ll never forget," Tenesa Robbins said. "Because you send your child home just to spend the holidays with friends and family, not knowing that this is the last time you’ll ever see your child. That’s something I’ll never get over.