ALBUQUERQUE, N.M. – Friends and family of a missing Albuquerque woman are still holding on to hope that she will be found. Just last week was the three-year anniversary when 43-year-old Angie Romero was reported missing.

Since 2018 those who knew Romero have endured so much pain of not knowing what happened to their loved one, but they pray justice will happen.

"Angie was an awesome person. She would do anything for anybody. She was a mother. She had her kids, she was a daughter, a sister, an aunt. She mattered, she mattered to a lot of people and we miss her,” said Vanessa Gutierrez.

The last time she spoke with Romero was the last day anyone saw her alive.

"She was with her boyfriend and they were just hanging out, she wasn’t feeling too good,” she said. "Told me to call her in the morning."

So when Gutierrez called her and there was no answer.

"It wasn’t like her. Right away, I had a bad feeling.”

According to Gutierrez and the missing person’s report, the last time anyone saw Romero was on Oct. 14 2018. The last person to see her was her boyfriend Daniel Sonnenberg. They were at his home on the northeast side of the Albuquerque, which is now boarded up. Worried for her friend, Gutierrez went to the house to check on her.

According to the report, Sonnenberg told police the same thing. However, when they checked neighbors’ security cameras, Romero was not seen leaving at the times Sonnenberg said she did. Now three years later, Romero still hasn’t been found and no one has been charged.

"It’s awful. She disappeared just a couple of days before my birthday and we had plans, she was my best friend. I don’t even like my birthday anymore. I don’t like the month of October at all."

But Gutierrez said she doesn’t want anyone to forget her best friend and believes one day Romero will be found and there will be justice.

KOB 4 reached out to the APD about this case and they said the investigation into Romero’s disappearance is still ongoing. But we did look more into her boyfriend’s past, again, Sonnenberg is reported to be the last person who saw Romero. 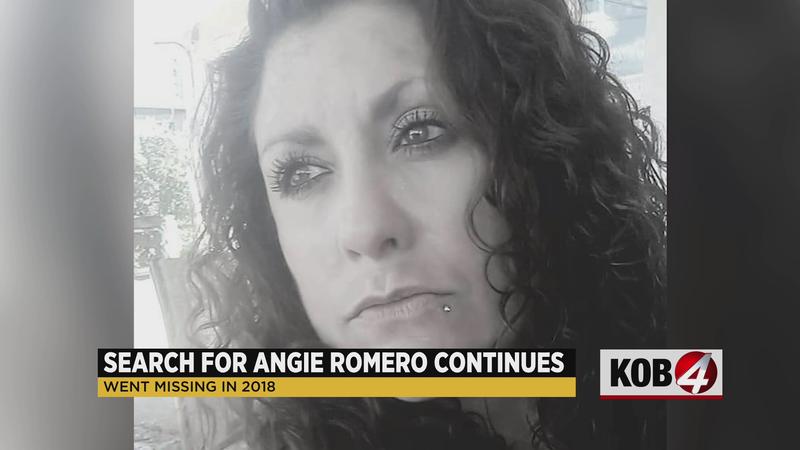