ALBUQUERQUE, N.M.- The Albuquerque Isotopes are preparing for the 2021 season.

It’s been more than a year since the team played a game, and it wasn’t just the players and coaches who were waiting around.

Kevin Collins, director of public relations for the team, was among the employees furloughed.

"Credit goes to Isotopes’ ownership and management. They were upfront with every one of us," he said. "It was still a bit of a gut punch, but, you know, at the time, I think we all understood."

While out of work, Collins spent a lot of time connecting with his family in Philadelphia. 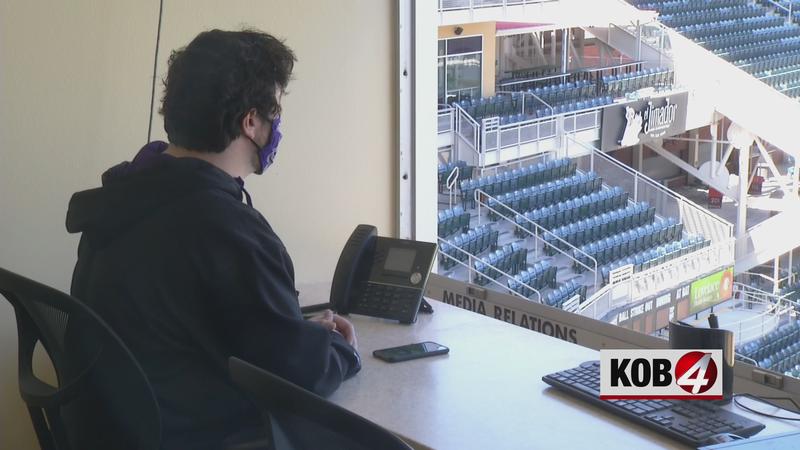 When Major League Baseball returned in the summer of 2020, he had hope for his future.

"Once they came back, it was a game changer for me personally," he said. "Filled the nights. Took my mind off of things, and it’s generally fun.

After a year away from the team, Collins is back at work getting ready for the season.

Fans can watch the ‘Topes hit the field May 6.

"We are doing everything we can to make sure that it doesn’t feel any different, and it’s the same old baseball field and baseball experience, sports experience, family experience," Collins said. "We are looking forward to it and I really hope everybody else is too."