GALLUP, N.M. – A Gallup business owner is in jail Friday evening. He is accused of committing multiple crimes in Arizona, including running a prostitution operation.

59-year-old Binghua Yang is in custody at the McKinley County Detention Center. Police arrested him outside his business on Gallup’s west side, last Thursday. He faces charges for conspiracy, illegal control of an enterprise, money laundering in the second degree and operating or maintaining a house of prostitution – but not here in New Mexico.

“I was kind of shocked,” said Yang’s landlord, Charlie Chavez.

"It’s adjacent to my restaurant and lounge business, and those people were working there when I bought the building three years ago,” Chavez said. “I’ve only owned it about three years, but I really don’t see a lot of traffic there. A car here or there occasionally.” 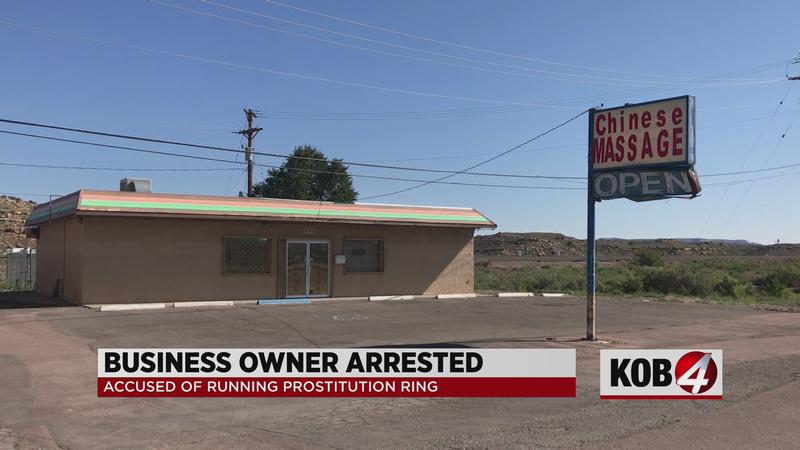 Chavez said he noticed Yang would often leave his business for several days at a time. After his arrest, Chavez went next door to ask the woman working at ‘Chinese Young Massage,’ what was going on.

"All she said is Arizona, it happened in Arizona,” he said. “Whatever he did, or did or did not happen, as far as I know, did not happen in Gallup. It was in Arizona from what I understand."

The Gallup Police Department told KOB 4 that Arizona Homeland Security reached out to them last week, saying they had an arrest warrant for Yang. He remains in custody here in New Mexico on a $15,000 bond.

A status hearing is scheduled for next Wednesday to determine when Yang will be extradited to Arizona.