GALLUP, N.M. – Hospitals are once again pushed to the brink – with more than 700 COVID patients and a surge in non-COVID patients.

Amid those struggles, some fear the state could actually lose a hospital – one that many Native Americans rely on. There isn’t just one issue going on Rehoboth McKinley Christian Hospital in Gallup, an area hit hard by the pandemic.

According to the community, it’s several problems: staff leaving for other jobs, a lack of trust with the hospital’s leadership and also a $9.4 million deficit the hospital is currently going through.

To say RMCH in Gallup is vital for McKinley County is an understatement.

For many, it’s the only nearby hospital that anyone can go to. A closure could leave tens of thousands of people without care, forcing them to make a nearly five-hour round trip drive to Albuquerque.

On Saturday, dozens of residents spoke out in a town hall about what they believe has led to this downfall.

"The real problem is trust, trust between the administration and the staff."

"Many of these people who left who we know very well are leaving the hospital because they feel it’s an adversarial environment, an unfriendly environment."

Even a staff member who had her final shift at the hospital hours before this town hall talked about issues with management.

"What I would really need to see in RMCH is leadership that I trust, and that really was the biggest thing that drove my decision to leave. It’s that I didn’t feel that the leadership had the community at its forefront and that patient safety was not something that was valued," she said.

They also pointed out RMCH has a one-star CMS rating, which shows just how low the community trust is.

Now they want action to be taken, calling for a change of leadership.

While there was a lot of talk of RMCH’s administration and board of trustees, they did not attend Saturday’s town hall.

KOB 4 was told by organizers they were invited to join. KOB 4 did also reached out to the hospital for comment and hasn’t heard back. 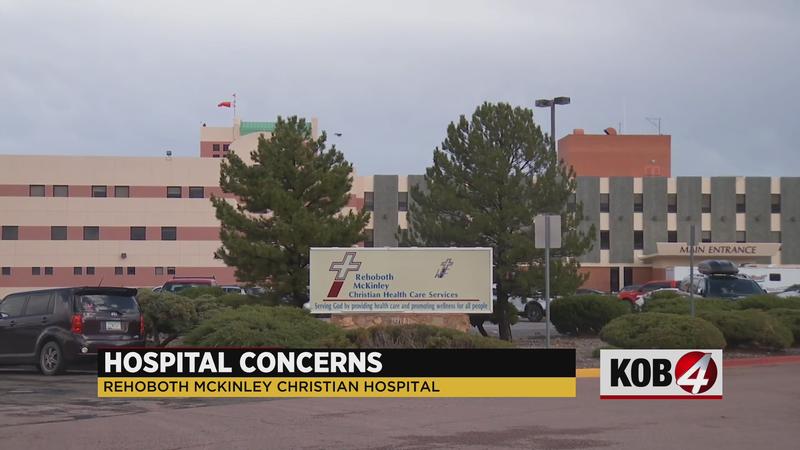