Pictures and videos of a senior prank on April 1 show a mess of glitter, streamers and toilet paper. The Gallup McKinley County School District claimed students caused more than $30,000 worth of damage.

Dozens of students were indefinitely suspended for their involvement, until a McKinley County judge ordered school officials to, "end their illegal suspension and return students to in-person class."

Marsha Spencer told KOB 4 she took both her kids back to school Thursday morning, with several copies of the petition in hand.

"We walked into the school, went straight to the attendance secretary," she said. "They told me to have a seat with my children. So I sat in the office and waited, while they were, I guess, making copies of the court order."

Spencer said the attendance secretary told her she understood the court order, but they could not allow her children to go straight to class until they heard back from district officials.

They got the green light after 40 minutes. Shortly after Spencer left the school, she said she received the following email from the Assistant Superintendent of Personnel with GMCS:

“GMCS will challenge the Writ of Mandamus in court on Monday, April 25th, 2022 at 2:30PM. Your child can currently return to school but if GMCS prevails in court then the discipline that was imposed after you chose not to not attend a GMCS discipline hearing will resume.” 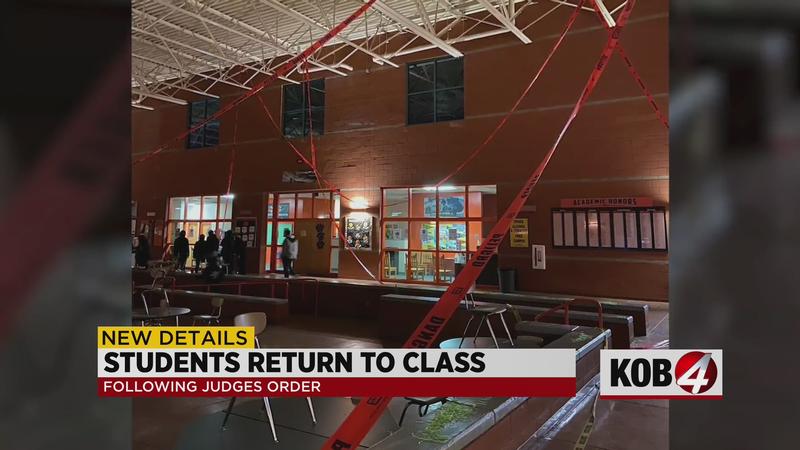 Spencer told KOB 4 she plans to attend the hearing Monday with her children and attorney.

"I guess the decision will be made there on what’s to take place after that date," she said.

Even though the order allows some students to return to class, they are still barred from sports and other extracurricular activities.

"It’s like a roller coaster, you know, we have our highs, we have our lows,” Spencer said. “In all honesty, I just would like this to be over and complete, but it just seems like it just—it just keeps dragging on."

KOB 4 has tried to reach the school district for comment on multiple occasions, but has not heard back.