Garduno’s at Winrock to close its doors

ALBUQUERQUE, N.M. –July 3 will be the last day people can eat at Garduno’s at Winrock.

“It’s the perfect time for a nice cold margarita…and maybe some chips and salsa!” said a customer.

President of Southwest Brands, Tug Herig, said the decision to close the location came after Winrock began redevelopment in the area.

“We couldn’t come to agreements on the extension on where we fit into the redevelopment program, so that’s what’s kind of sad news about closing this location after 28 years," said Herig.

He isn’t sure what will replace the longtime cantina with the signature New Mexican flair, but the staff is another matter. 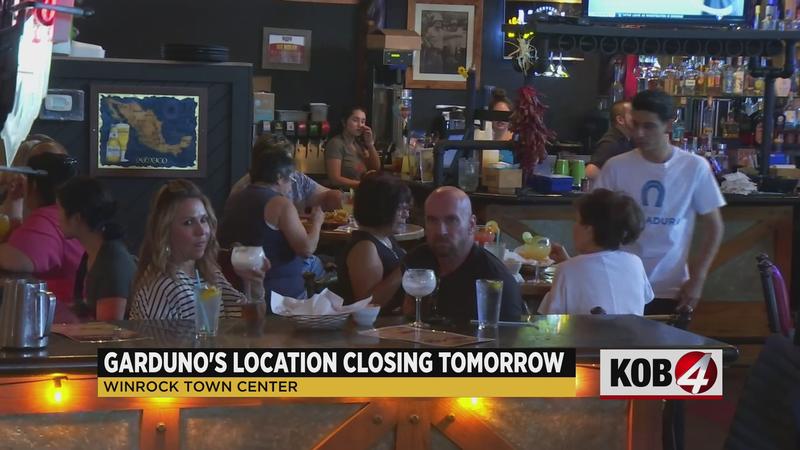 "The staff is going to be taken care of, we have 55 current employees here at this location all of them have agreed to move to one of the other two locations within Albuquerque, so we’re keeping them within the Garduno’s family which is something we really wanted to pride ourselves on,” he said.

After nearly 30 years of service, Herig said he’s grateful to all the loyal patrons at the Winrock location.

There are two other locations; one near Cottonwood mall, and the other in Hotel Albuquerque in Old Town.