ALBUQUERQUE, N.M. – Prepare for sticker shock at the gas pump.

Prices shot up over the weekend into the higher end of $3 – with some places even surpassing that dreaded $4 mark. Analysts expected to see these prices by Memorial Day but they are here now, instead.

"Man this gas is absolutely crazy insane," said Christopher Romero, an Albuquerque driver. "You know for a hardworking man, I drive to and from work every day, trying to make a living and feed my family."

Romero says the last time he filled up his tank, it was $55. This time, he’s bracing for a greater punch to his wallet.

"Might as well start walking to work, or riding the bike," Romero remarked. 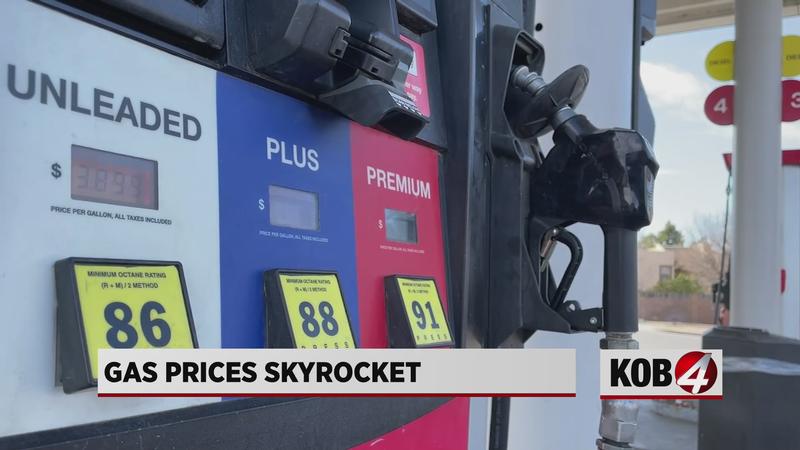 As of March 7, Bernalillo County’s average cost of gas is $3.86/gallon and the lowest average cost is in Union County where gas is averaging $3.51/gallon. Analysts say these soaring prices are due in part to the war in Ukraine as, nationally, the price went up nearly $0.50 in the last week.

While the U.S. doesn’t rely heavily on Russian oil, expected sanctions will squeeze the global crude oil market even more. This means even higher prices, especially as spring break rolls around and summer travel nears.