ALBUQUERQUE, N.M. — For the second year in a row, the Gathering of Nations Powwow took place virtually Saturday.

“It’s nice to be able to see each other again even though maybe it’s just a small screen,” said Melissa Sanchez, events assistant for Gathering of Nations.

Sanchez said it took a lot of behind-the-scenes effort to pull off this year’s event.

“There’s a whole volunteer crew inside taking care of all the tech screens everywhere, cords everywhere, and are communicating with dancers all over North America,” she said.

Instead of coordinating 2,000 to 3,000 performers from all over the country in person, they’re doing it through Zoom. 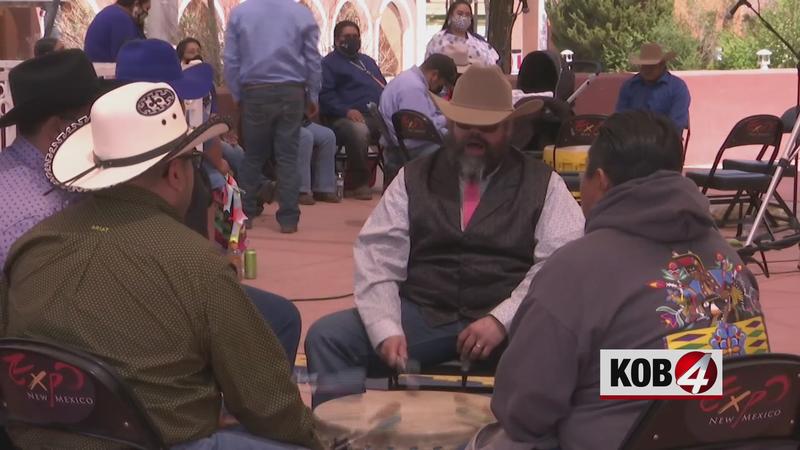 “When they hear the drum singing, wherever they’re at they start dancing, and that’s the competition,” Sanchez said.

Native American drum music for the event was also being streamed virtually from Expo New Mexico.

“There’s the audio glitches, we’ve already gone through that, but everybody just makes a joke about it and goes on,” Sanchez said.

While organizers made the event work virtually this year, they said not having in-person visitors was a huge loss. The in-person powwow usually brings in about 50,000 people every year. However, Sanchez highlighted a perk from hosting the event virtually.

“Now, you know, when everybody needs to be safe and protecting each other, it’s still a way to be together. We have people checking in from other countries and that’s really nice,” she said.

Regardless of whether the event was in-person or online, organizers said the powwow needed to happen this year.

“Hearing the sounds of the drums, the songs and seeing the people dance really is special and it grounds your heart and fills your heart,” Sanchez said.

For more information about this year’s event, click here