They told KOB 4, before today, they had to sit in the stands and watch. Now they are showing everyone this is more than a guy’s sport.

Girl’s wrestling has only been around for a few years in New Mexico. The state sanctioned it as a sport back in 2019. All this time later, those athletes are now competing in more tournaments than ever.

Albuquerque high school wrestlers entered the West Mesa gymnasium with one goal on their mind: to be a champion of the metro wrestling tournament. But this year’s tournament is bigger than ever.

"I mean, you hear the crowd they are going crazy over them."

Because for the first time, high school girls are also competing right next to the boys.

"When we found out we can, everyone was so excited," said Yalixza Gonzalez, a senior at Atrisco.

Gonzales is one of several champions that won Saturday.

"Usually we are just waiting in the stands watching our boys compete so this year it is really special," said Gonzales.

She and so many others have trained hard to get here.

"I have not stopped since freshman year. All through quarantine every day until today," said Breanna Samora, a junior at Atrisco.

And no one knows that better than the coaches, who have seen first hand how much this sport has grown.

Some said they wished it happened sooner.

"I think it was overdue a little bit because the last two years we haven’t been able to be here," said Samora.

From here, these wrestlers are getting ready for the District Tournament coming up. Then in February, they will compete in the State Championship.

"It means a lot because this isn’t just a male sport, the girls can compete just as good as the guys can. We are just proving the toughest sport can be done by girls," said Gonzales. 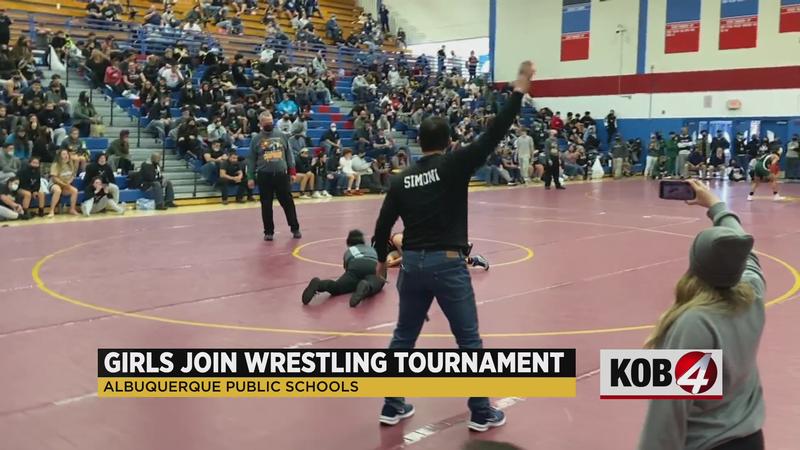