ALBUQUERQUE, N.M. – It’s an act any parent or coach would be proud of. The Goddard High School football team jumped into action – off the field – in order to help save a life.

Players and coaches were on their bus heading to Artesia for their game Friday night when they witnessed a bad rollover crash.

"The light turned green and we could just see there was a car coming and it was like ‘Man, that car’s not gonna stop,’” said Chris White head coach of Goddard High School football team.

White saw the crash as he was sitting in the front of the team’s bus.

"Stuff like that happens and it’s like ‘Oh my gosh I can’t believe I just saw that,’" he said.

He said a driver ran a red light, crashed into a ditch, and rolled the car a few times – finally landing on its top.

"It looked bad. You know it’ll scare you to death."

A video from one of his players shows White and a few other coaches run toward the car. Seconds later, White said about six players hopped off the back of the bus.

"We just got on both sides of the car and were able to lift it up and then kinda set it down too, so we didn’t just throw it over."

White said that the driver was able to get out without any serious injuries. He also said that what his players did in that moment – made him prouder than any play on the football field.

In his 23 years of coaching, White said he’s never had a victory like the one he had this past Friday, hours before kickoff.

"I’ve coached in I think eight state championship games so I’ve been through a lot of emotion with football, but I think that’s as powerful of a moment as I’ve ever been in as a coach." 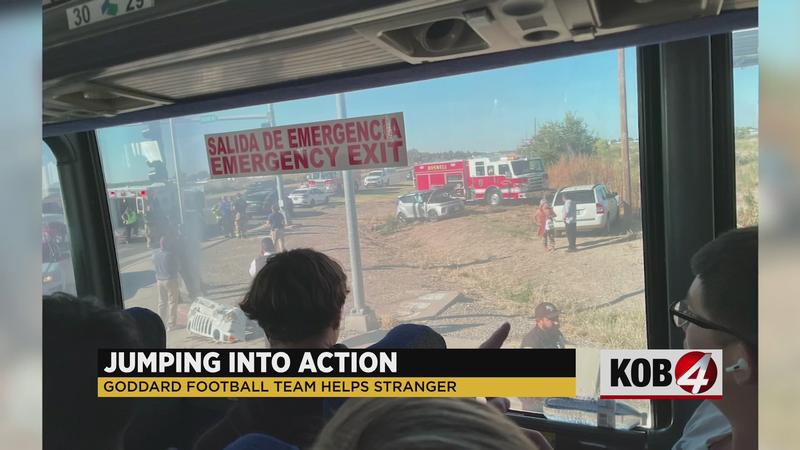