ALBUQUERQUE, N.M. — An ethics hearing Friday focused on allegations of at least 70 instances of forged signatures by Manny Gonzales’ campaign.

Sheriff Gonzales denied that he had a role, or that he even knew about any forged signatures.

"Nobody came to get a signature, and later on when she recovered, I showed her copies of the petition and the qualifying card and she said she did not give anybody any money," Wright said.

Gonzales was fined $500 for that one woman’s testimony, fined another $1,500 for 15 other violations, and given a formal reprimand. 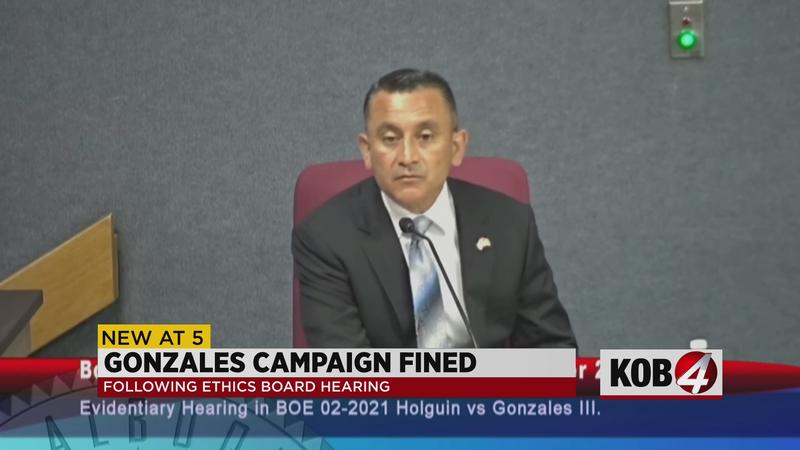 Gonzales was disqualified from public financing, but now his campaign claims they’ve raised nearly $200,000 in less than 10 days.

The Gonzales campaign responded to the ruling, saying:

"After spending months claiming “widespread” fraud related to the Gonzales campaign’s $5 qualifying contributions, the Keller campaign only managed to prove 16 violations to the Board of Ethics, representing a fraction of their initial accusation."

"Manny Gonzales’ campaign has been found guilty so many times, it’s hard to keep count. He is Bernalillo County’s top law enforcement official and yet again today’s fine and reprimand show his campaign was found to have committed and orchestrated widespread fraud.

This ruling, limited by procedural constraints, represents a small fraction of the 300 plus additional forgeries estimated by the Independent Inspector General report."