ALBUQUERQUE, N.M. – Another good Samaritan was caught in the middle of it after trying to stop a shoplifter and it happened in the Burlington Coat Factory parking lot.

The man who was shot was rushed to the hospital. Meanwhile, the suspects are still out there.

Unfortunately, this isn’t the first time we have seen something like this happen —a good Samaritan just trying to do the right thing ending up in the hospital—or worse.

The shooting happened in front of the Burlington on Central Avenue and Atrisco Drive. Albuquerque police say a woman shoplifting passed loss prevention. But another man who was shopping inside decided to confront the woman as she was getting in her boyfriends car and that is when the boyfriend shot the man and drove off

The man was brought to UNMH with non life-threatening injuries.

It’s eerily similar to a deadly interaction that happened downtown a few weeks ago — when a man in a truck was arguing and pointing a gun at a security guard—that’s when a homeless man approached the truck telling the driver to leave the guard alone — just for the driver to turn and shoot him– the homeless man then died in the street.

This year, people have seen some pretty brazen robbers walking out of stores like Target and Walgreens, hands full of stolen merchandise.

For many, their first instinct is to take a picture—record a video—or even intervene – but KOB 4 Public Safety Expert and retired APD Commander Paul Szych said that’s not always a good idea.

"Many offenders that are property crime offenders, let’s say, are also capable of becoming or acting as violent offenders if cornered,” said Szych.

Instead, Szych said you should stay a safe distance away call 911 and give as much description as possible type of car—color- license plate number and what direction they went. 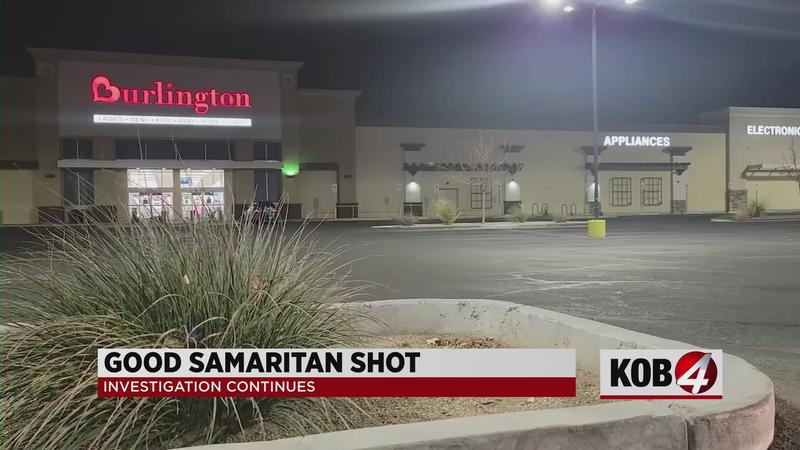