The governor made the announcement during a Thursday afternoon news conference to discuss the end of the state’s legislative session. She even had a ceremonial removal of the masks with other lawmakers at the Roundhouse.

State health officials announced earlier this month the mandate was extended through March 4. The mask mandate was lifted last July for vaccinated individuals. The mandate was reinstated just over a month later – Aug. 20 – after the surge of the delta variant. 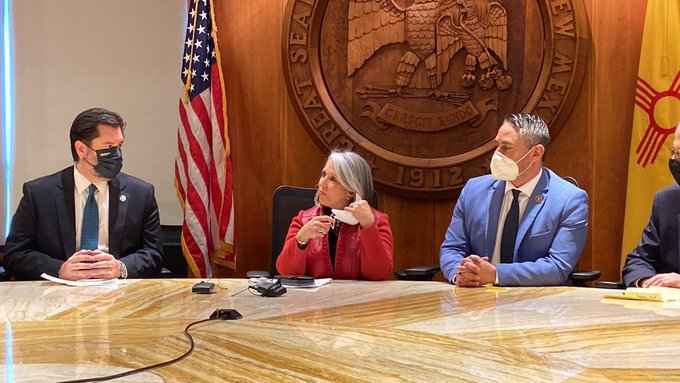 The number of hospitalized New Mexicans has dropped by 37% since the end of January. State officials said the state’s crisis standards of care declaration will expire March 11, as there has been a significant drop in hospitalizations that has increased the availability of resources at New Mexico hospitals.