She focused on what the state is doing to help businesses bounce back from the negative impacts of the pandemic.

She was specifically asked about tourism.

"Tourism is an important part of our economic sector, and it’s critical to our overall recovery," she said. "It also holds the most risk, which is why it’s been so hard. The game-changer here, quite frankly, is vaccines."

The governor said the vaccine rollout is improving things faster than once thought. However, she wouldn’t commit to a timeframe for fully reopening. 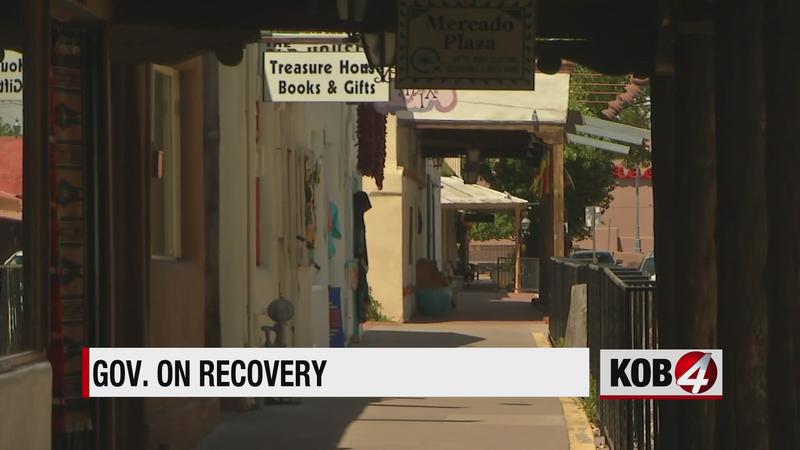 "Lots of mutating strains, variants. So we’re going to know when we know. And that’s what’s been really challenging, when people want a date certain. Unfortunately, all of that data keeps emerging," Gov. Lujan Grisham said.

However, there is optimism, and a hint that an even less restrictive opening tier could be coming, which would allow for mass gatherings.

"I won’t know until I know, but I’m feeling really good about it and that we’ll get to, I don’t know what we’ll call it, Turquoise platinum? I don’t know what it is, but it’s very clear, that large events, small events, can occur. Tourism is back," the governor said.

The governor said Balloon Fiesta, the New Mexico State Fair and the Santa Fe Indian Market are dependent on New Mexicans getting vaccinated.

"If 80% of New Mexicans are going to stay this trend and get vaccinated, and then you add the number of people who have immunity, because they got the virus – gotten the virus. Then we can safely open our doors because we’re safe," Gov. Lujan Grisham said.