SANTA FE, N.M. – Gov. Michelle Lujan Grisham said Biden’s infrastructure bill is a big win for New Mexico, but added that state leaders are still figuring out exactly how that money will be spent.

"We still have to debate what a few priorities are we going to do all our roads in one region or in a corner of the state. Then figure out a plan over five to 10 years to get as many communities done as possible, or are we going to put it all into broadband or could be water but it’s always ‘or’ it’s never ‘and,’” Lujan Grisham said.

Lujan Grisham said some of the state’s priorities include repairing dams, fixing roads and expanding broadband access in rural areas — something that is getting done much quicker thanks to this bill.

“We now have the opportunity to connect most New Mexicans and have regional broadband operations in two to four and a half years versus not having an infrastructure package and it’s more than a decade and during that decade you can’t do health care delivery. Education, and businesses can’t thrive in rural New Mexican communities,” Lujan Grisham said.

Most of the projects coming out of the bill will span over five to ten years, but Lujan Grisham said they will announce the "infrastructure lede" Wednesday – a plan on how they will start spending this money. 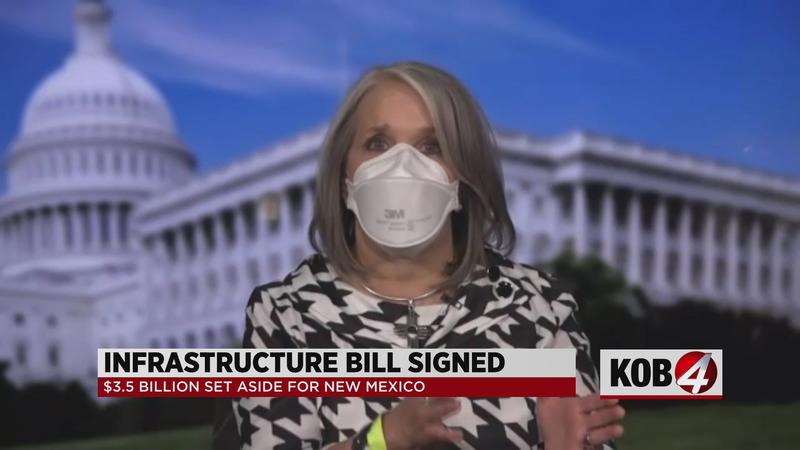