ALBUQUERQUE, N.M. — The Albuquerque Police Department is not the only agency dealing with an officer shortage. Now, Gov. Michelle Lujan Grisham is putting a new focus on crime as she calls for a 1,000 new officers statewide.

Lujan Grisham said it also calls attention to a serious problem – there are not enough officers.

“Number one, there are not sufficient law enforcement officers including in the State Police, right?” Lujan Grisham said.

State police worked to curb crime in Albuquerque in 2019. 50 State Police officers were involved in that effort – this time it’s 35 officers.

“We’re not as well staffed as we were in 2019. So we’re down quite a few officers, which we’ll work hard to get our numbers back up,” said New Mexico State Police Chief Tim Johnson.

Johnson said there are a number of factors at play. He said the last year and half has been extremely hard on his officers – with COVID-19 and the national calls for police reform.

“Since March of last year, I don’t know that law enforcement in general, but I know the Department of Public Safety and more specifically, State Police, has probably had the worst year in the history of this organization,” Johnson said.

Lujan Grisham said they have plans to address that in the next legislative session. The governor will be asking for $100 million for 1,000 more officers across the state – for multiple departments.

“A sizeable request so that we can get 1,000 officers and have a strategy to get that done as quickly and efficiently as you can,” Lujan Grisham said. 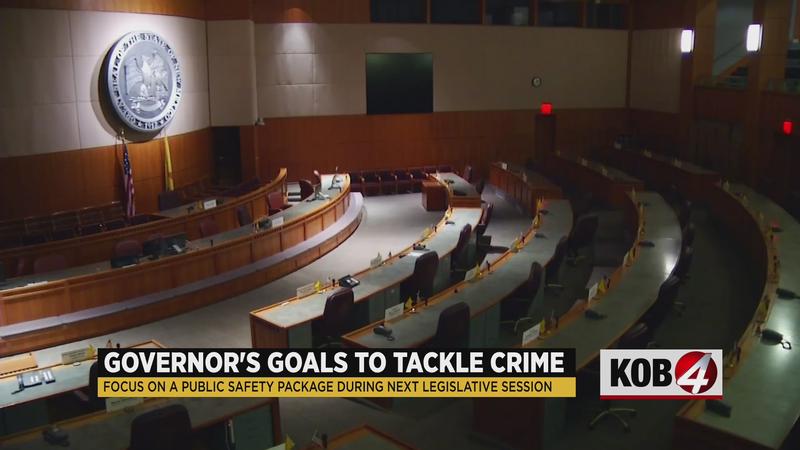 A few weeks ago, the governor made it clear that she wanted a strong focus on getting a public safety package passed in the upcoming 30-day legislative session in January.

Republican lawmakers representing the metro have said they’re ready to come to the table. The governor is prepared for the potential pushback from her own Democratic party.

"I really want New Mexico to buck these trends, to come together, and I’m not Pollyanna, I don’t think it’s easy in this environment, and I won’t get every Democratic legislator who agrees with our $100 million, I am sure, for police officers and law enforcement. There’s $100 million they’d like to see go squarely by itself to education, it’s not in lieu of, it’s in addition to," said Lujan Grisham.

The Bernalillo County Sheriff’s Office is actually doing pretty good with hiring. A BCSO spokesperson told KOB 4 they have 315 deputies employed — which makes them 97% staffed. There are also 19 cadets in the academy.

However, recruiting is a different challenge. BCSO said they began testing in April for the spring 2022 academy.

Out of the 130 candidates who initially applied, only 17 are still in the background process.

BCSO officials said it takes at least a year to hire and train a deputy if they can pass a background investigation.