Here’s a recap of the public safety plan she shared when she sat down with Tessa Mentus a few months ago:

The governor’s first hope is for millions of dollars to boost law enforcement ranks and paychecks. 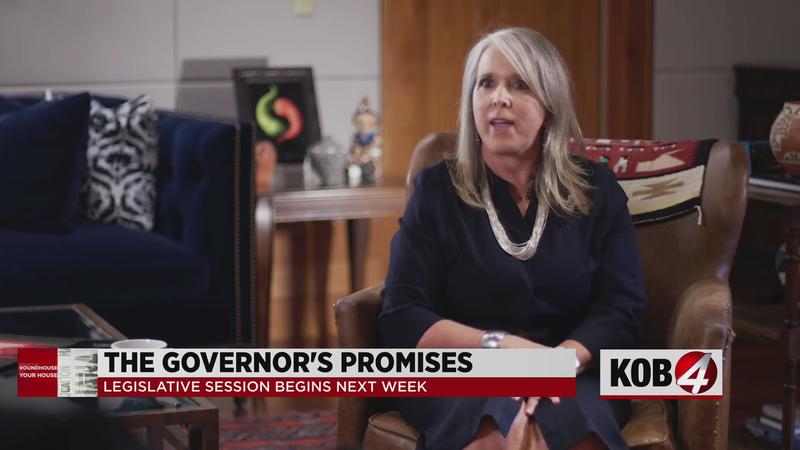 The governor has also admitted that the state’s reformed bail system is far from efficient. Her plan is to flip the script. Instead of prosecutors having to prove someone is a danger to keep them behind bars until trial – that burden would be on the suspect.

"We are going to introduce legislation, and I’m going to get it upstairs, and it’s a rebuttable presumption in opposition, right?" Lujan Grisham told KOB 4. "If you’re a violent offender, you’re staying in jail unless you can rebut the presumption you should. So we’re going to turn it over, no discretion, that’s how it’s going to be because, without that clarity, it is clear that the other efforts we have made do not appear to be enough. I want more."

2021 set a new record for the deadliest year in Albuquerque. There were 110 homicides — 114 victims. The governor is focused on making the punishment fit the crime better statewide.

"Far too many of those individuals plead down to a second-degree murder charge, homicide charge, well that’s 15 years, why isn’t it 30 years? We want the right deterrents while we’re investing in all the other things upstream," the governor said.

Republicans and the governor’s fellow Democrats seem to be on board with this "tougher" on crime tone. Ultimately, it’s up to Lujan Grisham to set the agenda for the upcoming 30-day session.

"We need to do it and it sends a very strong message if you’re conducting crime in the city of Albuquerque, we’re coming for you, we’re coming for you again and we’re going to keep coming until you’re gone – because you’re either locked up or, you know, New Mexico is hostile towards anyone who is violating our public safety requirements or rights and is committing crime, period," Lujan Grisham said.

To see the rest of the governor’s agenda for the session, click here.