ALBUQUERQUE, N.M. — New Mexico lawmakers will be heading back to the Roundhouse next month. Gov. Michelle Lujan Grisham just announced she’s calling a special session the first week of April.

The governor wants legislators to make changes to a spending bill for projects across the state, and to suspend the state’s gas tax to give New Mexicans some relief at the gas pump.

House Majority Floor Leader Javier Martinez, D-Albuquerque, said he supports the governor’s decision to call a special session and what’s on the agenda.

"We deployed those funds from our heart with a deep understanding of what matters, and the funding that will no longer be available is deeply troubling to me as an activist and a legislator in District 40," Rep. Roger Montoya, D-Velarde, told KOB 4 last week. 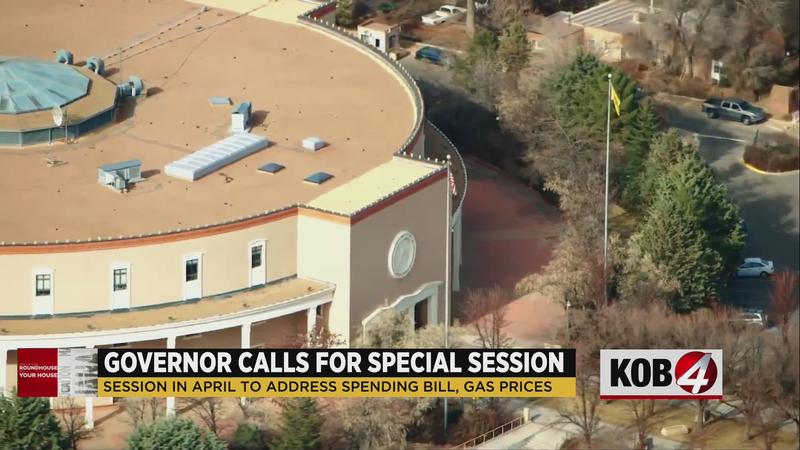 The special session is scheduled to begin on April 5.

The governor issued the following statement:

“As prices remain high nationwide, it is clear that we must act swiftly to deliver more relief to New Mexicans. Across the state, families are facing hard choices: can they afford to take their kids to school, to drive to work, to buy baby formula. It is our responsibility to do what we can to ease that burden. In this time of global and economic instability, we are taking action as one state government to protect New Mexicans’ paychecks and deliver additional relief and financial security.

My administration has worked with this Legislature and Democratic leadership to great success, joining efforts to solve problems and deliver critical support and investments for New Mexicans, including half a billion dollars in tax relief this year alone. I look forward to continuing our work to deliver pragmatic and productive solutions that benefit New Mexicans, and I appreciate the Legislature’s agreement in prioritizing transparency and accountability in this and future sessions.”