She said she supports using our state’s resources in a productive and safe way.

"We can have a debate, I’m happy to do that at another time about education and learning and what we’re doing, but we have a proposal that I don’t think exists anywhere in the nation,” said Governor Lujan Grisham.

One of the ideas is to have qualified New Mexico National Guardsmen step into the classroom in order to help keep schools open for in-person learning.

"The data is clear about frankly kids are safer in school,” said the governor. 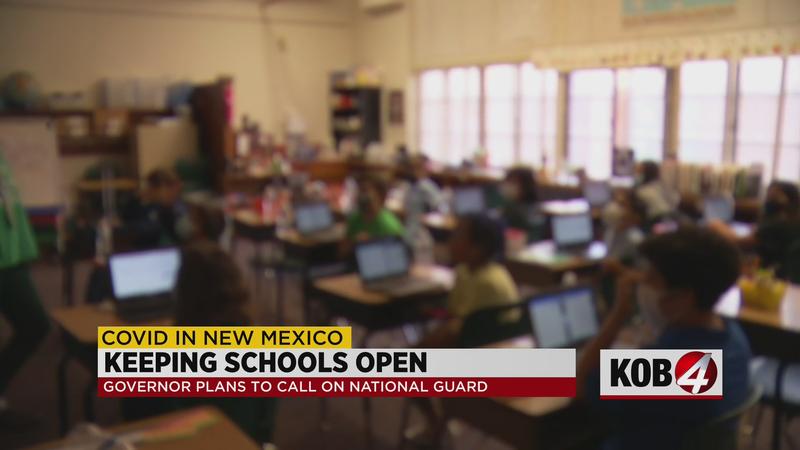 Governor Lujan Grisham says her office has already been in touch with Santa Fe public schools, and she thinks she can get them on board.

“We have a number of ideas,” said Governor Lujan Grisham. “I’m going to ask you to be un pequito patient."

The idea and its implementation are still in the works.

"We welcome the support from Governor Michelle Lujan Grisham, and are looking forward to working with her on this initiative."