Governor optimistic over how the legislative session is shaping up

So far, 30 bills have made it through the committee process, passed on the House floor, and have been sent over to the Senate side. One of those bills includes House Bill 46, which would allow doctors to prescribe life-ending drugs to terminally ill patients.

Seventeen Senate bills have cleared and made it over to the House Bill, including three COVID relief bills for restaurants and small businesses.

"I give this session, honestly, an A, and it’s hard. It’s hard for the public, it’s hard for legislators, but I do think they’re prioritizing the right work,” said Gov. Michelle Lujan Grisham, during a Friday news conference.

On Friday, two bills cleared both the Senate and House chambers and were sent to the governor’s desk to be signed into law. Senate Bill 10 aims to repeal a state ban on abortion and House Bill 11 would provide $200 million in grants for economic relief to small business. The governor said she’s sign both bills. 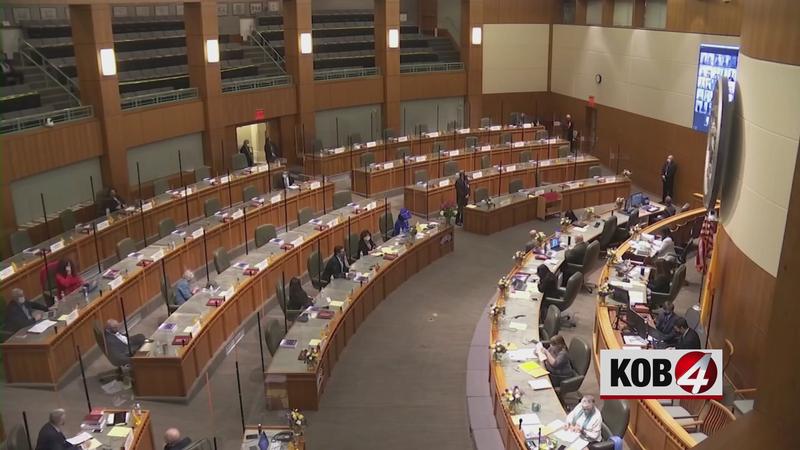 Other high profile bills including one that would legalize recreational marijuana, and one that would allow New Mexicans to sue local governments in state court for civil rights violations, are still in the committee process.

The governor said she’s optimistic that one of those bills will get to her desk by Friday.

"I’m optimistic. Again there’s a lot of stuff going on, and I’ve seen cannabis fail because it’s complicated, but I’m seeing the right movement in both the House and the Senate in these debates, and I’m confident they’re going to meet our expectations about safety, etc. plant count, and get me something upstairs that I can sign. I’m feeling pretty good about it,” she said.