“Crime moves, and when you don’t have enough officers to go where it’s headed, and to be chasing it when you see it, we aren’t doing enough," said Gov. Lujan Grisham.

There was a similar operation in 2019 with about 175 felony arrests in just two months.

“We have 50 officers placed in areas that can really have an impact. We’re also evaluating the things that work perfect, the things that have to be improved to make sure that arrears and bad actors are being prosecuted and held in exactly the way we intend to be,” Lujan Grisham said.

The plans come as the governor announced Jason Bowie as the new Secretary for the Department of Public Safety, relieving Timothy Johnson. 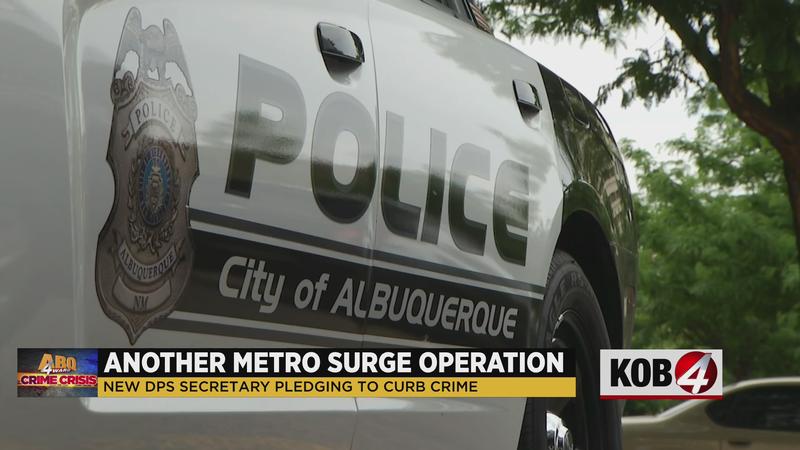 “First of all I see what’s happening in the metro areas, crime is way too high, it needs to be reduced," said Bowie.

Bowie comes from the Rio Rancho Police Department, where he worked his way up to deputy chief. “I’m sure we’ll have our work cut out for us, to figure out how we can provide assistance to the metro area, we pledge our support,” Bowie said.

But keep in mind, 18% of the 2019 arrests lead to a plea deal and in some cases officers didn’t show up to court.

In 2019, 36 cases had paperwork or evidence that wasn’t turned over on time, Lujan Grisham said she’ll work on that this year.

"We’ve made hundreds of arrests, now I’ve gotta make sure those folks are actually staying in jail, if that doesn’t happen then we’re just nibbling at the edges of a complex problem," she said.

A governor’s spokesperson said the program isn’t in place yet, and they’re still working out the details and working with the city of Albuquerque.