ALBUQUERQUE, N.M.- Gov. Michelle Lujan Grisham responded to a 4 Investigates report that showed she used her taxpayer-funded discretionary fund to purchase groceries and alcohol for the governor’s mansion.

"Listen, I’m thick-skinned, and apparently with all my eating, it’s just getting thicker," she joked.

However, she also addressed quickly addressed the findings about how a fund available for governors to promote the state was used.

"There is a system here that purchases routinely, and I know it sounds weird, but maybe this is a fair criticism," she said. "When people are struggling, should it be fair that the residence has a locked up grocery store closet?" 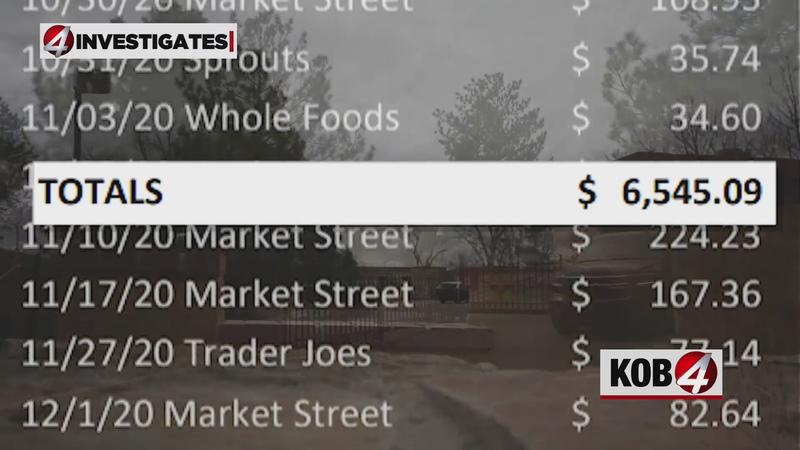 The purchases included top sirloin, tuna steaks and wagyu beef. Her spokesman said the food was for the people in the governor’s circle who attend meetings in the mansion.

"I don’t want New Mexicans to feel like I don’t take seriously their hardships," the governor said.

4 Investigates also uncovered $350 in alcohol purchases. A spokesman said it was for a future party at the governor’s mansion after COVID. The governor explained that party idea in more detail.

"About 3 months ago, I suggested that with our contingency fund that I am having a big, appropriate– bringing businesses and New Mexicans and you to celebrate our COVID success– one drink minimum, OK one drink maximum is what I meant," she said. "We need to celebrate our success when we can all be together and the mansion will be ready, and we can share it with Republicans, Democrats, Independents, everyone. All are invited."

The governor suggested she wants to find a way to donate the food the fund has paid for.

"Here’s what we do with bad press, we find a way to help people know that I do care about them– I do," she said. "Let’s take that routine purchasing that happened and let’s get it out and feed people in a way that I can through the pandemic and I regret that I didn’t push harder to make that happen earlier."

A new law, passed in 2018, established that governors must provide detailed receipts of how this fund is spent.

It doesn’t establish whether the grocery and alcohol purchases are legal or not, but the law does state it can’t be used to supplement the governor’s salary or to be used for any allowances.