ALBUQUERQUE, N.M. — In front of a mural for gun violence victims in southeast Albuquerque, Gov. Michelle Lujan Grisham pushed her legislative plan to deal with the crime crisis in Albuquerque and across the state.

"I think it’s also critical to talk about that this is not just an Albuquerque issue," Lujan Grisham said. "This is a state issue. This is a neighborhood by neighborhood, community by community issue. New Mexico can and will do better."

The governor’s priorities include:

"If you are engaged in criminal activity with a firearm, it’s a felony," Lujan Grisham said. "Very simple. Too often these are misdemeanors, particularly for first-time offenders, but not anymore."

The governor was joined by the New Mexico State Police chief, lawmakers and Bernalillo County District Attorney Raúl Torrez – all supporting the proposed crime bills, which have bipartisan support.

"I am hopeful for the upcoming session but I want to make something very clear – we cannot waste this opportunity," Torrez said. "The time to act is now and I trust with the involvement and leadership of the people gathered here today, that the time for change is upon us." 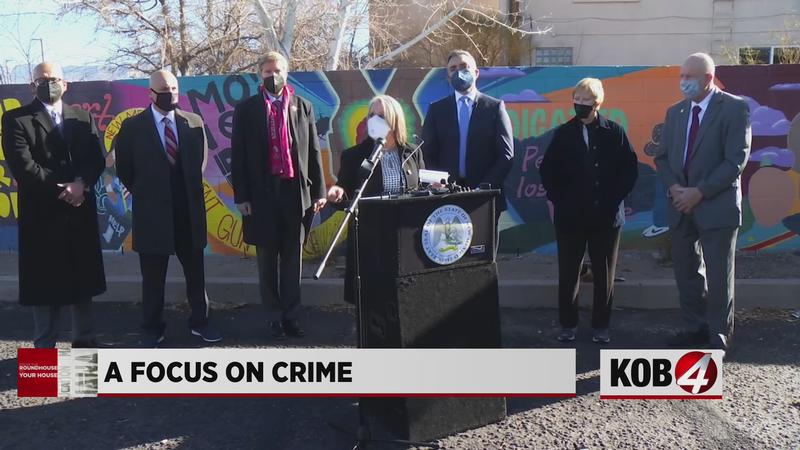 "I’ll be blunt to you," Balderas said. "Some of New Mexico’s criminal laws are drastically behind the times. For far too long, New Mexico has ranked below the national average in keeping our children safe and our families safe due to stunningly low and ineffective penalties."

The governor is also calling on lawmakers to set aside $100 million to hire and retain police officers across the state. She also wants to give state police a 19% raise.