ALBUQUERQUE, N.M.- Years of memories are now ashes and rubble for a San Juan County family.

Randy Large said what hurts more than losing material items is knowing their pets perished in the fire.

“I need to give kudos to Farmington Fire, they made finding my pets a priority this morning, and we just found the third one," he said. "Our goal today is to bury them.”

At the time of the fire, Large and his daughter were on vacation in New York. However, his son stayed behind.

"He said I just got a call from the neighbor that the house was on fire. He was rushing down because we have three dogs. By the time he got here, while he was still on the phone with me, the house was fully engulfed. He opened up the front door and black smoke just poured out,” Large said. 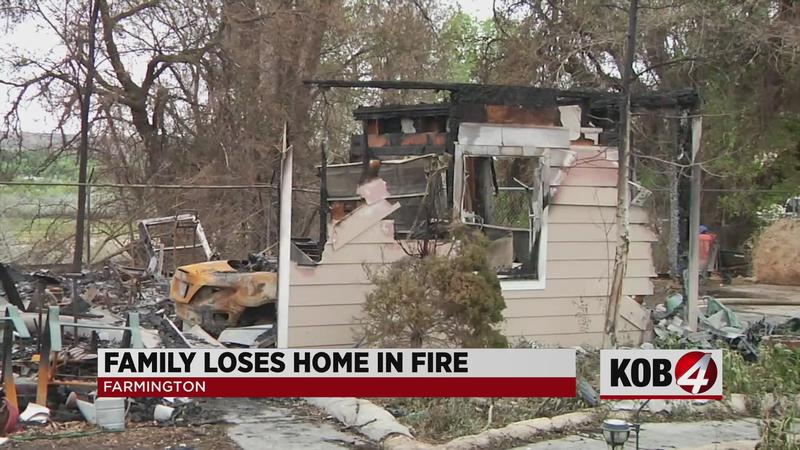 The fire started as a grass fire, which burned a total of 27 acres.

The cause of the fire is still under investigation.