The stretch of land behind Lowe’s on I-40 and 12th Street is technically the right of way of New Mexico Department of Transportation, but they along with the City of Albuquerque say it’s a “gray area” since there’s a city bike path running through the area.

"My wife and I were heading out to go to an estate sale, and we live over on the West Side, so we took off on interstate forty heading east, and of course, pretty much right away we could see the billowing black smoke," said Scott Hebner.

Local businesses say they have seen a growing number of homeless in the area.

"It’s always a concern because nobody wants to go out to a restaurant where you’re going to be bombarded by people asking for money or in general bothering people," said manager of D.H. Lescombes Winery & Bistro, Javier Rocha. 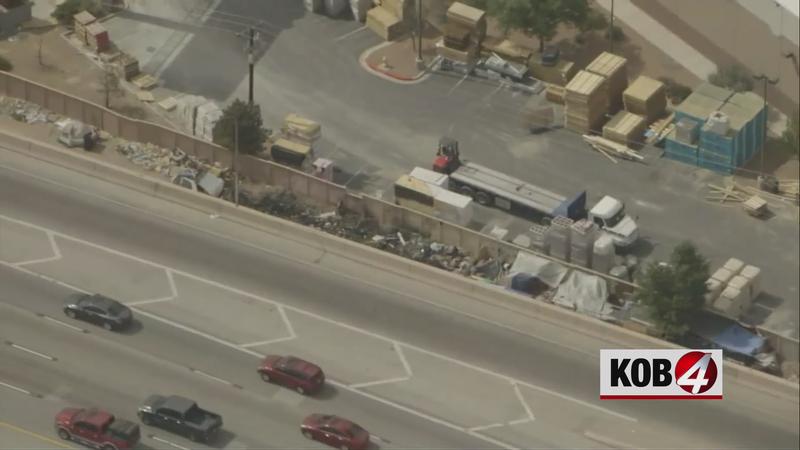 Officials with the City of Albuquerque said people who are concerned about activity in the area can call 311 to file a report.