Green chile farmer speaks on $5M investment from the state

ALBUQUERQUE, N.M. – A drought, water restrictions, and a lack of workers to pick the goods – it hasn’t been the easiest time for farmers.

The state stepped in to help New Mexico’s green chile farmers by freeing up $5 million, but farmer Glen Duggins said getting it all harvested hasn’t been easy.

"We now have part of society that would rather stay home and collect $40 than to go out and work for $200. That’s hard for some of us to believe, but it’s real,” said Duggins.

The state has attempted to help. $5 million was set aside for a wage supplement program for the chile industry.

However, Duggins, who farms hundreds of acres of green chile in Socorro county, said he appreciates them trying to help, but it will mainly benefit the processors and not so much the farmer.

He mentioned a better idea.

"Maybe do it by tonnage. We know that we’re going to pay 30% more per ton to pick. That way the 30% can go across the board to everybody, we’re just singling out the ones that are producing less and giving nothing to the one that is producing more."

Duggins said others costs, like fuel and fertilizer, have also gone up. That why he said it’s so important to support the New Mexico farmer and buy chile grown right here in the state. 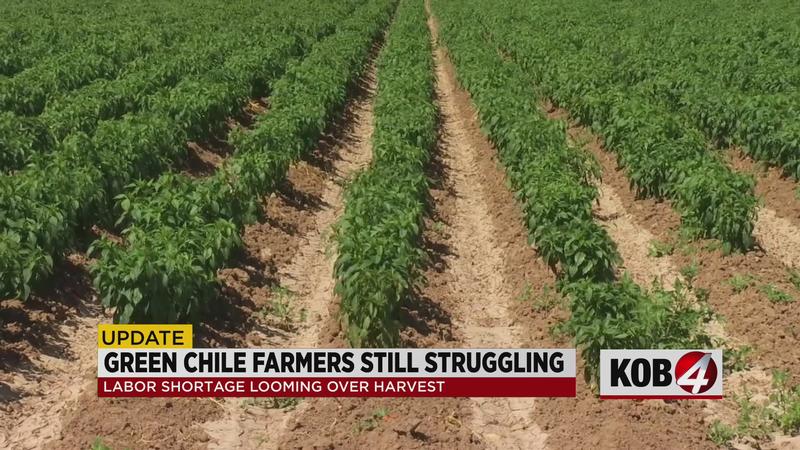