ALBUQUERQUE, N.M.- A thief with an apparent green thumb was caught on camera stealing greenery from a northeast Albuquerque man’s front garden.

Tuesday morning, Steven Saavedra noticed some of the plants in the front yard were missing.

Saavedra checked his security camera system, which showed a woman helping herself to some of his potted plants.

After carefully selecting the ones she wants, she loaded them into her car and drove away. 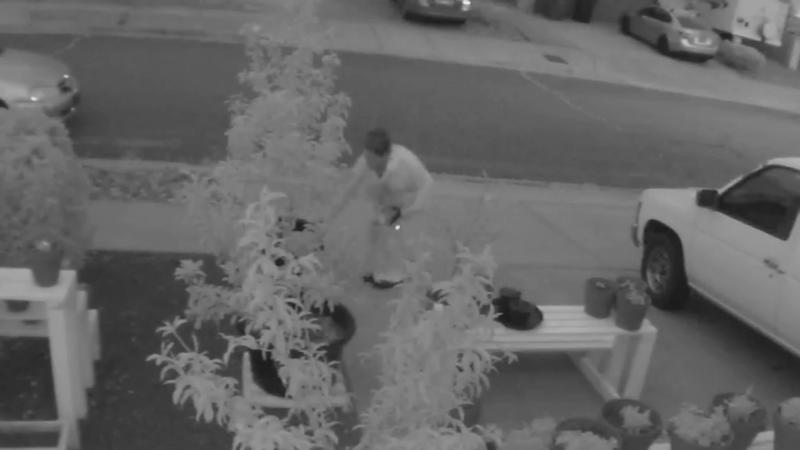 "To feel that violation and watching somebody just shop through my hard work and then feel like they can just take it, even looking up at the camera at some point, it’s very discouraging and it feels just so violated,” he said.

Saavedra’s garden isn’t just a hobby. He displays the plants in his front yard to help beautify the neighborhood. But he says he won’t let this ugly deed uproot his passion.

"I definitely feel like I have to chain my plants down but that would be counterproductive to the entire purpose of what it is,” said Saavedra. “So the only thing I can say is that with the social media and with this broadcast, hopefully she and her friends and family will see this, somebody will recognize her and reach out and get her the help that she needs."

Saavedra says he plans to file a police report.