Steven Saavedra was shocked when his security cameras busted this brazen botanical bandit for the second time early Saturday.

"It looks like she uprooted something out of the neighbor’s yard, you can see in her hand when she’s digging through my planter in the video clip. There’s something that looks like a plant in her left hand,” he said.

The plant poacher first struck early Tuesday morning. Saavedra’s security cameras showed a woman stealing potted plants from the front yard of his home—almost as if she was browsing through a flower shop.

The video was viewed thousands of times on the news and social media. 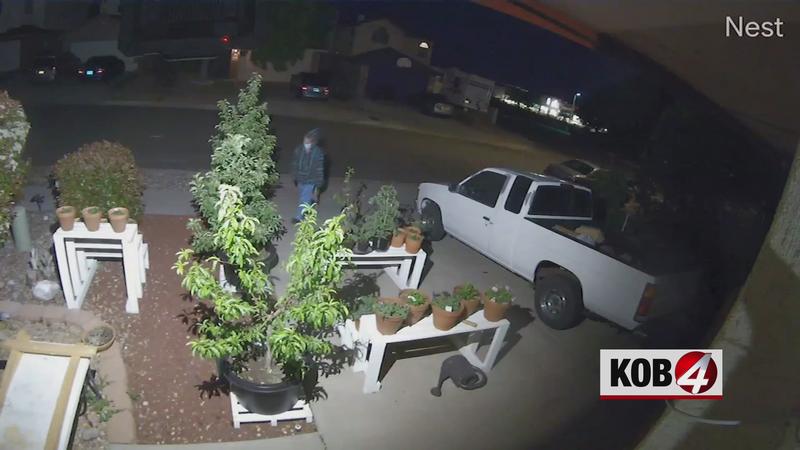 "I was hoping that we would get some identification at least somebody to tell her ‘Hey look lady. You’re camera. Stop going over there to that house,’” he said.

This time, the culprit was wearing a face mask and hoodie. Saavedra said he thinks it’s the same woman because she was driving the same car. Saavedra said the woman can also be seen throwing a plant from his yard onto the sidewalk before putting the neighbor’s plant in her trunk then driving away.