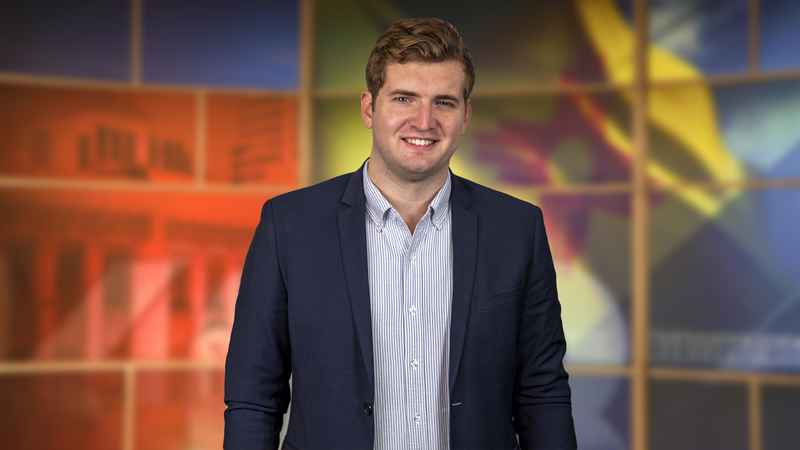 Griffin is a reporter and producer for the KOB 4 team.

He started in September of 2018 as a morning show producer. While working the overnight shift, he helped launch the new Sunday morning newscast. He was promoted to producing weekend evening newscasts and reporting during the week in July of 2021.

Before moving to New Mexico, Griffin attended Indiana University where he majored in media production and media management. Griffin was a part of the IU NewsNet team. He also was an assistant producer for the local PBS affiliate. Griffin got his start in news working with his high school’s broadcasting program.

Griffin is focused on telling stories that teach people about the world around them, often with a focus on the environment and technology. While reporting for KOB 4, Griffin has produced several reports on New Mexico’s changing energy landscape.

While not working, Griffin enjoys hiking the endless miles of trails across New Mexico and playing with his two cats. He is also a member of the Albuquerque Concert Band.