ALBUQUERQUE, N.M.- A group from Sandia National Labs has been busy rescuing hikers in the Sandia Mountains.

"We typically respond. It’ll be dark outside, snow, ice, sometimes a lot of wind," said Craig Tenney. "They’re stuck in a difficult location, often times near the side of a cliff."

"It is different than Albuquerque Mountain Rescue in that the day is spent indoors, but the trying to solve problems with no obvious solution," he said. "There is some consistency there."

The job at Sandia helps Tenney with the more technical aspects of the rescue team, like using pulleys and ropes. 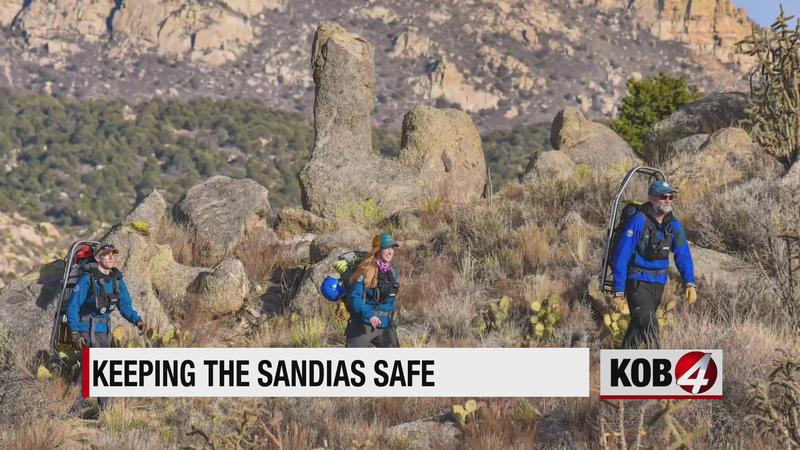 "While everybody is capable of doing that, the geeks tend to get more into the math and the physics," Tenney said.

As the temperatures begin to warm up, Tenney said more people begin enjoying the outdoors. But Tenney also warns that it’s still cold at the top of the mountain.

"Often times this time of year, we’re going to be using ropes to protect people from potential fall hazards so team members have to be familiar with winter travel skills, crampons, ice axes, how to set up anchors off of trees and boulders, and attach ropes to that," he said.

He says the team, which includes other co-workers from the labs, once rescued ten people in one day.

They generally have around fifty missions a year, and Tenney has some word of advice for those heading up the trail.

"Be willing to turn around because the 6 miles behind you might actually be the shorter, faster easier trip than the last mile to the top," he said.