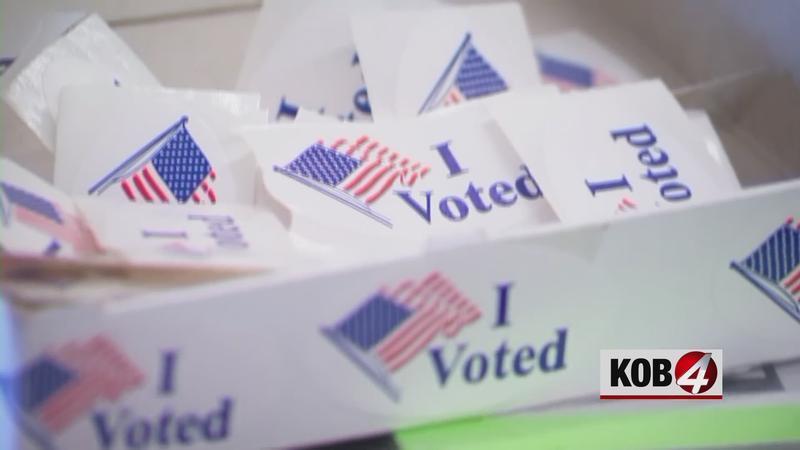 The nonprofit Voter Participation Center and the Center for Voter Information said Friday that they have mailed reminders to nearly 130,000 registered voters in New Mexico to build enthusiasm for the race to fill a congressional seat vacated by Deb Haaland after she became secretary of the U.S. Interior Department under President Joe Biden.

Four candidates have their names on the ballot in the June 1 election, with early voting underway in person and by absentee ballot. They are Democratic state Rep. Melanie Stansbury, Republican state Sen. Mark Moores, Libertarian candidate Chris Manning and independent contender Aubrey Dunn Jr., who previously was elected state land commissioner as a Republican.

Registered Democrats are dominating participation in early and absentee voting, casting 61% of ballots as of Friday, according to statistics from the New Mexico secretary of state. Republicans have cast about 27% of ballots, and 12% of votes have come from unaffiliated and minor party voters.

Republican Party leaders have said they sense a rare opportunity to flip the 1st Congressional District in a possible low-turnout election and erode the Democratic Party’s 218-212 majority in Congress. Democrats have controlled the seat since 2009.

Democrats account for a dominant 47% of registered voters in the 1st Congressional District, versus 28% for Republicans. The district encompasses the Albuquerque metro area, rural Torrance County and outlying areas that overlap Indigenous communities, including Sandia Pueblo. In and around Albuquerque, then-President Donald Trump won just 37% of the vote in 2020.

Nearly 14% of registered voters have cast ballots so far, mainly through early, in-person voting. About 69% of the district’s eligible voters participated in the November 2020 election.