ALBUQUERQUE, N.M. — Bernalillo County’s HQ is a shining example of investment in downtown Albuquerque – a new building to serve county residents and house more than 800 county employees. However, officials say someone fired shots at the building, damaging at least eight windows and forcing the county to close the building because of it.

"Someone fired shots four or five stories up, in the atrium lobby area," said Tia Bland, communication services director for Bernalillo County. "I was a little startled, a bit shocked and saddened by the fact someone would choose to act out in this manner."

APD and BCSO are both investigating the incident. A neighboring property owner told KOB 4 he may have an idea of who did it.

"We’ve had a problem recently with vagrants and other folks breaking into our garage," said Douglas Peterson, president of Peterson Properties. "So we recently hired 24-hour security for our garage. We found out today that our security guard had encountered 16 people entering our garage."

Peterson said his security went for help and didn’t see the shooting. He described those people as young adults, or kids.

The renovated building opened less than two months ago. County employees had to work from home Monday. The building will remain closed through Tuesday. 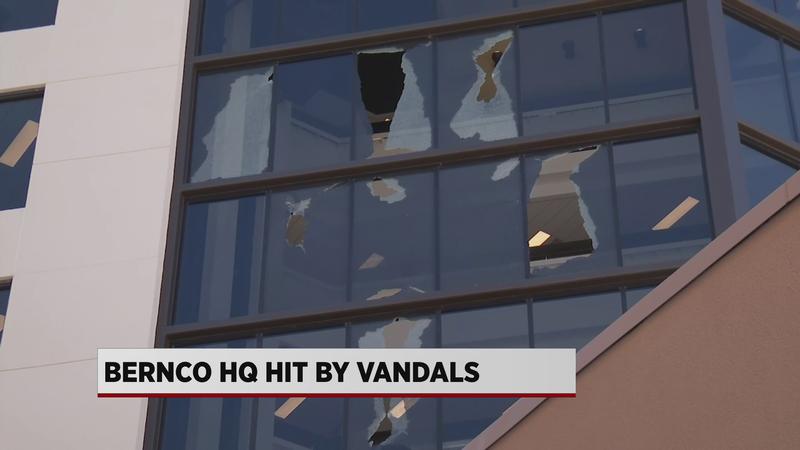