ALBUQUERQUE, N.M.- Rep. Deb Haaland faced another round of tough questioning during a confirmation hearing to become the next Interior secretary.

"Did you or do you now support the action and the administration’s action in shutting down the Keystone pipeline on his first day in office," a lawmaker asked Haaland.

"I mean, I feel very confident that, the president, his decision, I mean, I have to respect it," Haaland said.

After being pressed on the issue, Haaland added, "I will tend to support President Biden’s positions, and if I am confirmed as secretary, it is his agenda that I would seek to move forward."

Later in the hearing, Sen. Steve Daines, a Republican from Montana, asked about how she would work with the president.

"If confirmed, you would be eighth in line for succession to the presidency of the United States," he said. "Isn’t the role of a cabinet secretary to advise the president on these important issues, not just follow him blindly?" 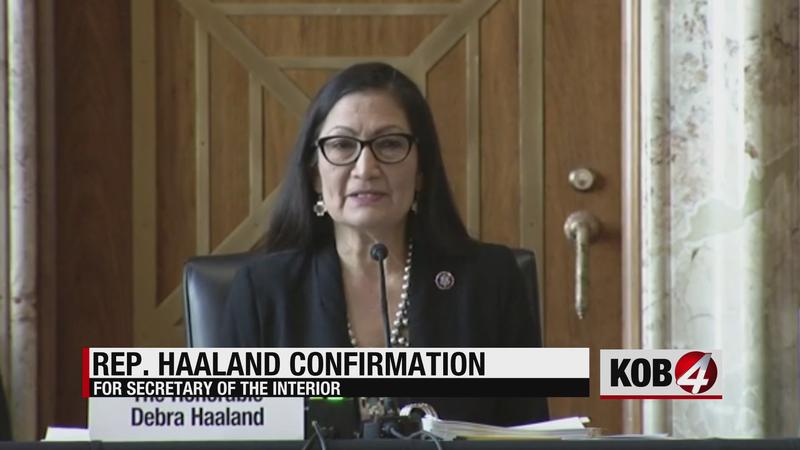 "Senator, the way I have always taken any position I’ve had is I feel that I am part of a team," Haaland responded.

Sen. Joe Manchin, a moderate Democrat, said he will vote to approve Haaland’s confirmation, likely paving her way to get the job.

"I just want to thank you for coming back and being so diligent and doing such a good job," he said. "I really appreciate Congresswoman Haaland very much," he said.

A date for a vote on Haaland’s confirmation has not been scheduled.