ALBUQUERQUE, N.M. – Tickets for the hit Broadway show "Hamilton" are going back on sale Oct. 5.

It’s one of the biggest names in a string of shows ready to take the stage as Popejoy Hall comes back to life on UNM campus.

The director of Popejoy told KOB 4 earlier this year that they’re excited to see the return of big crowds.

"Hamilton" was originally supposed to come to Albuquerque 8 months ago, but the COVID pandemic pushed it to August of this year and now January of next year.

The hit show is one of the most popular shows in Broadway history, telling the story of American founding father Alexander Hamilton through a blend of hip-hop, jazz, and R&B.

24 performances of "Hamilton" are scheduled for Popejoy Hall, but tickets are expected to go fast. 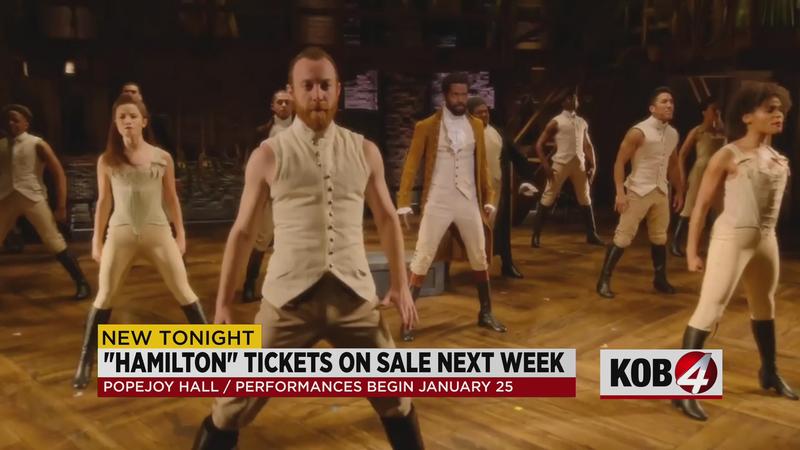