ALBUQUERQUE, N.M. — A bill that would expand a tax credit to nurses and health care workers on the front lines of the pandemic in rural parts of the state passed its first committee.

"We talk about how much we appreciate what the health care worker has done for us. We talk about it, but this is what we’re going to do to help them,” said bill sponsor Rep. Anthony Allison (D-District 4).

Some lawmakers, however, raised questions over whether the bill’s definition of “heath care worker” is too broad by also including hospital security and custodial staff.

"Because if you include every hospital worker in all the rural hospitals, the price tag on this of course goes substantially higher and will be taken into consideration in the tax committee,” said Rep. Deborah A. Armstrong (D-District 17). 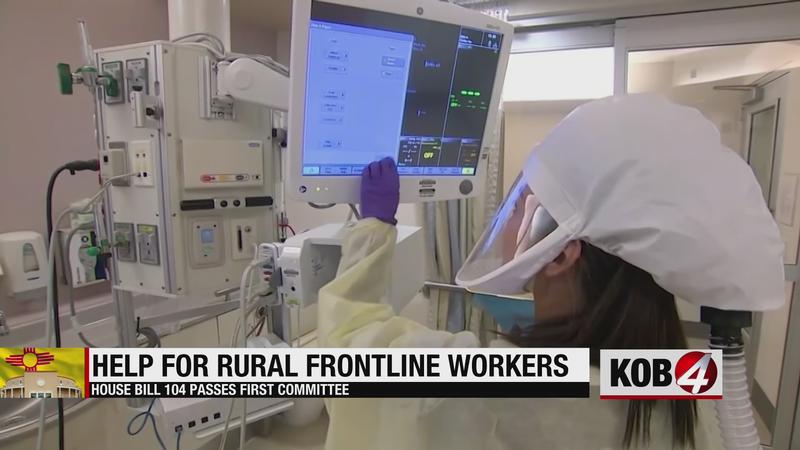 Rep. Armstrong and Rep. Stefani Lord (R-District 22) both voted against the bill, and also took issue with the fact that it doesn’t include an end date for the tax credit once the pandemic is over.

"So I think if that was in there I would have voted yes. I’m not against it. I would have liked to have seen something in there that puts an end point or a sunset as we were saying to you in this bill,” Rep Lord said.

The bill now heads to its second House committee.