Lauren Guinn, a radiologic technologist, put her name in a raffle, and was selected.

Guinn said the Super Bowl was the first NFL game she ever attended.

"It was pretty crazy. There are still a lot of people here, the seats that didn’t have actual fans, they had little cut outs. The Weekend killed it. He was amazing. I was in the second row for his show, so that was really intense." 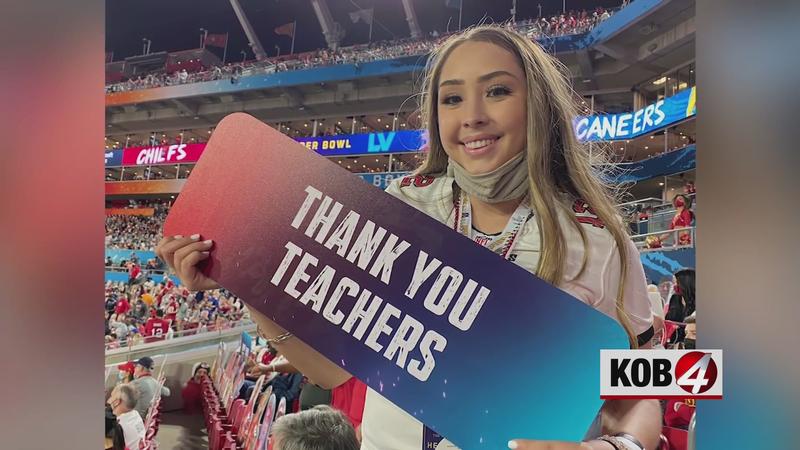 Guinn said winning the raffle wasn’t just a chance to go to the Super Bowl, it also allowed her to be around other people who have put their lives on the line during the pandemic.