ALBUQUERQUE, N.M. – Every year, many people make a resolution to cut their drinking. Some people even do the "Dry January" challenge – temporarily saying no to alcohol for the month.

Health experts say heavy drinking increased during the pandemic. One study says it’s up 14% among adults over 30, and there was a 41% increase in heavy drinking for women.

UNMH Addiction Psychiatrist Dr. Paul Romo says there are many drivers behind this increase.

"Nationally it looks like isolation, depression, anxiety of the unknown of the health problems of the virus itself, to inability to hold a job.”

Enter Dry January – a movement started in the UK for people to abstain temporarily from booze.

"For people that drink more moderately, it’ll probably benefit them by making them lose weight, sleeping better, save money, be good for their overall wellbeing. Other people that may want to be more cautious about it, are the people who drink more heavily," said Romo.

He says heavy drinkers could suffer from withdrawal and should seek out a medical professional to curb drinking slowly.

According to research published in the Journal of Hepatology, heavy drinking during the pandemic will result in 8,000 more deaths from alcohol-related liver disease by 2040. 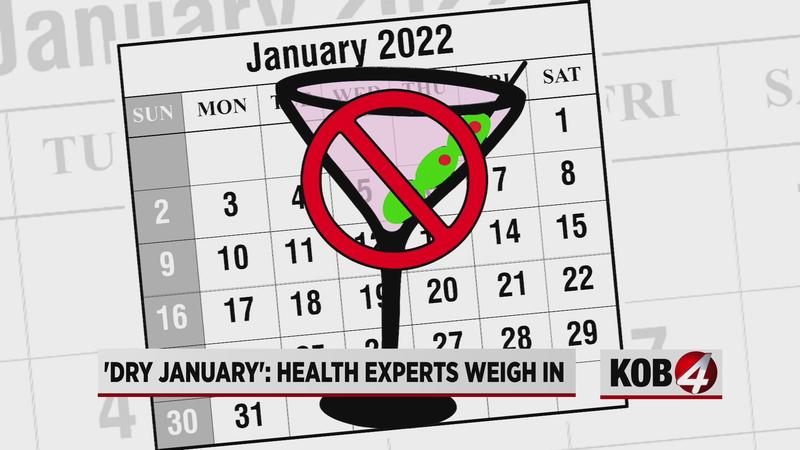