Hearing delayed for man accused of stabbing, killing man outside of Sunshine Theater

ALBUQUERQUE, N.M. – The suspect accused of stabbing and killing another man outside the Sunshine Theater in downtown Albuquerque was in court Tuesday.

Augustus Brasmer is facing a deliberate homicide charge. But when KOB 4 got into court Tuesday, his lawyer asked the judge to delay the hearing – saying he was not given enough time to prepare with his client.

“I spoke to Mr. Brasmer for the first time this morning I tried to connect with him using the GettingOut app during this weekend but when I put in his name to set up a meeting his name did not appear on the list of people in custody,” said Raymond Maestas, Brasmer’s lawyer.

His lawyer went on to say they have also not received all the evidence involved, including the surveillance video mentioned in the criminal complaint that allegedly shows Brasmer stabbing the suspect. Without that video, his lawyer argues they cannot say for sure who started the fight and his client says he was acting in self-defense.

“Whoever was the initial aggressor, and we maintain it was the deceased, and we have based on information that he was kicked out of the Sunshine Theater moments before this, because he was violent and he was aggressive and intoxicated,” said Maestas.

The judge delayed the hearing to April 4, in order to give the defense time to work with his client and the police time to hand over that surveillance video. 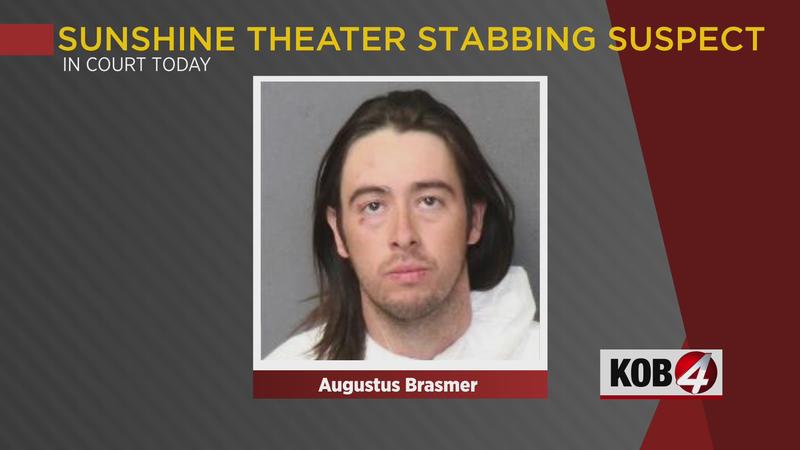