His campaign wants the city clerk to reverse his decision to withhold more than $600,000 in public financing.

The complaint filed against Gonzales claims there were dozens of fraudulent signatures made in order for the mayoral candidate to receive taxpayer dollars for his campaign.

It’s a claim Gonzales and his attorney don’t deny. 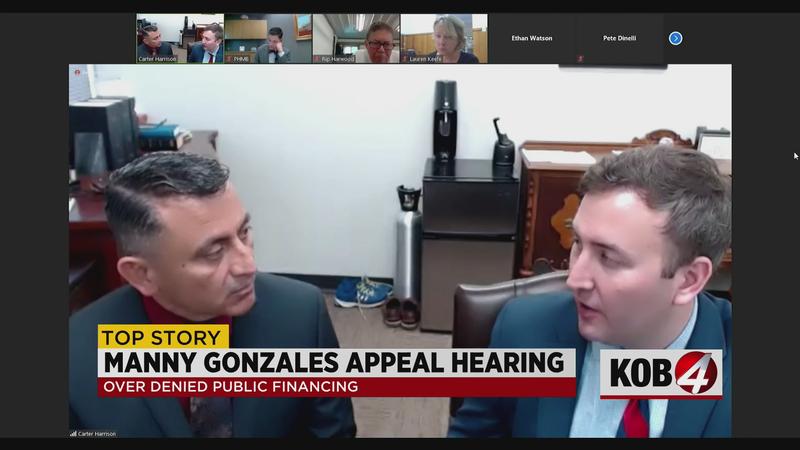 "In fact, a lot of the ones that they challenged, they were correct and appeared to be forged," said attorney Carter Harrison, who is representing Gonzales.

However, they argue that even with those forgeries, they should still receive the funds because they still met the criteria with verified signatures.

Harrison also claimed, by denying the sheriff the public money, it’s also denying those who actually paid the $5 in support of Gonzales.

"The voters overwhelmingly made the decision to give Sheriff Gonzales public financing," Carter said.

However, another issue in the complaint claims during a campaign outreach meeting where Gonzales was trying to gain signatures for the public financing, he told one of his voters that they did not have to pay the $5 contribution. Instead, he allegedly said he would pay for it.

The sheriff denied making that offer.

"I never heard him say that, and I was under the impression that he paid," Gonzales said.

No decision was made Thursday. The hearing officer must rule whether Gonzales is able to have taxpayer funding within three days.

If the officer rules against Gonzales, his campaign could once again appeal the decision, and go to District Court.