ALBUQUERQUE, N.M. — State senators waited hours before they were able to take the floor Friday.

"Saying we are starting on legislative time when it’s seven hours after we are scheduled to start is a little bit of a push, but we are at that time."

Lawmakers were supposed to discuss and vote on Senate Bill 1, which would increase teacher pay, but it was pushed back.

A voting rights bill was discussed for several hours in committee – lawmakers listened to public comment for four hours.

It also forced the "second chance" bill to be pushed back, Senate Bill 43, which would allow minors sentenced as adults to get a parole hearing after 15 years. Nicole Chavez was at the Roundhouse, ready to speak against the legislation. She lost her teenage son, Jayden, in a drive-by shooting in Albuquerque. 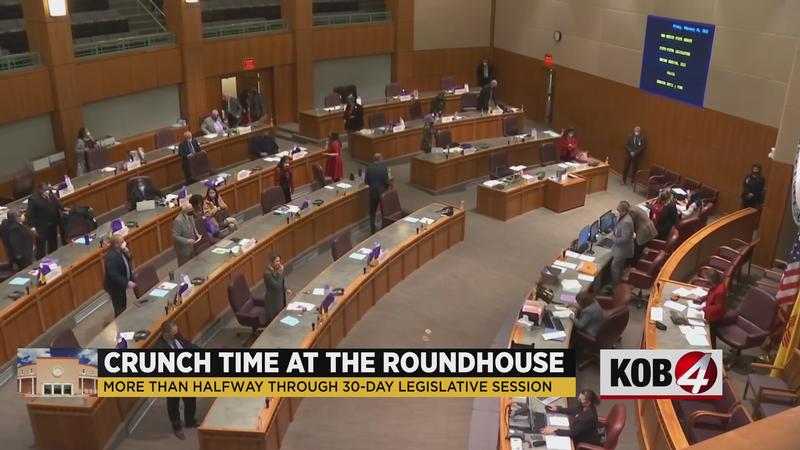 "It just delays us testifying and putting a whole day aside as victims again," she said.

But what is more frustrating for her is that the session is already past the halfway point – so what does this mean for the other public safety bills? Gov. Michelle Lujan Grisham is also concerned about the pace.

"Public safety isn’t getting the attention I think it should be getting in the Legislature, I’m disappointed by that," Lujan Grisham said.

"I feel very good about where we are in the state Senate right now," he said.

Lawmakers are going to be working around the clock to push bills through before the 30-day session is up.